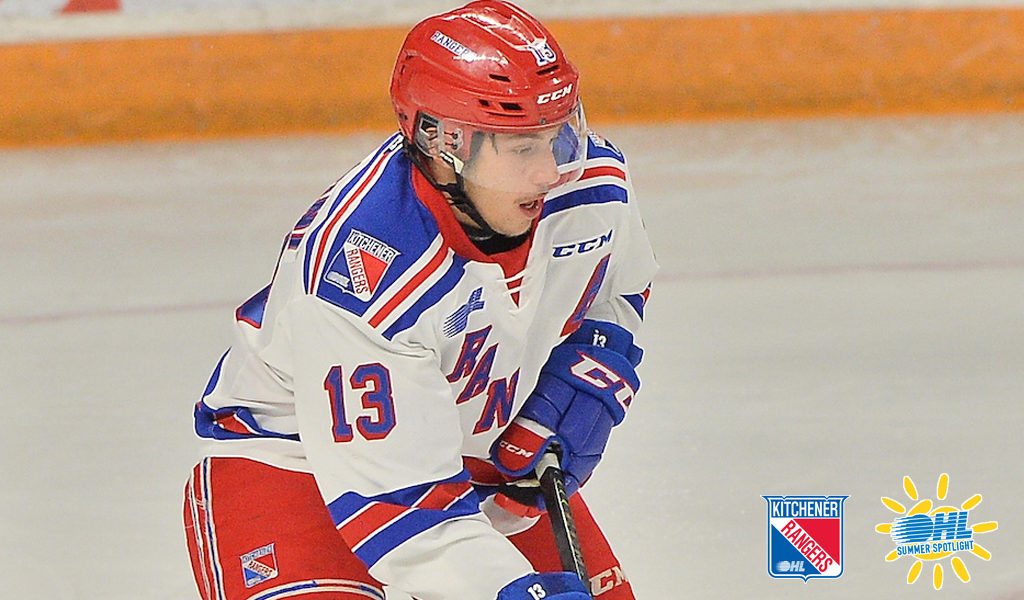 Despite losing big names in Adam Mascherin, Connor Bunnaman, Logan Brown, Givani Smith and Kole Sherwood to graduation, the Kitchener Rangers’ offence didn’t skip a beat in 2018-19 and third-year centreman Riley Damiani had a lot to do with that.

The tenacious 5-foot-10 centreman came off a 37-point season as a sophomore, drawing the attention of the Dallas Stars who selected him in the fifth round of the 2018 NHL Draft. Like teammates Jonathan Yantsis and Greg Meireles however, Damiani enjoyed an eye-popping offensive breakout as he netted 30 goals and increased his point total by 48.

The Dallas Stars have signed center @rileydamiani to a three-year, entry-level contract. Damiani will finish out the season with the @TexasStars on an amateur tryout. https://t.co/58k1MHlMjG

“The biggest thing that I saw in his game was his passing,” Stars player development coordinator Rich Peverley told Mark Stepneski of DallasStars.com. “He’s, I think, one of the best passers in the league. Very crisp and accurate passes, dead on. He really took a big jump and you can see the growth.”

Damiani racked up 41 of his 85 points on the man advantage, helping the Rangers finish with a league-best 29% power play. His 31 power play assists were five shy of league-leader and fellow Stars prospect Jason Robertson of the Niagara IceDogs.

While Damiani took big strides on the ice, he did a few things differently away from the rink that yielded positive results. He took dairy and junk food out of his diet completely while maintaining a disciplined training regimen.

“He’s always got his nose over the puck,” Peverley also noted. “He’s not afraid to go to the dirty areas. He’s blocking shots. He’s a guy that you can fit on any team and play a valuable role. He’s a hard-nosed player.”

Damiani got into one game with the AHL’s Texas Stars following Kitchener’s first round exit at the hands of the eventual OHL champion Guelph Storm. His two weeks in the pro ranks left quite an impression on him.

“The guys made it easy on me,” he also told Stepneski. “Great team there, great coaching staff. Coach (Derek Laxdal) gave me a lot of opportunities, and I even had a little bit of power play time. There was a very slim chance we were making the playoffs at that point, so I thought it was really good that he was giving younger guys a little bit of an opportunity.”

Damiani’s presence on Hockey Canada’s radar indicates he’s likely to be one of the OHL’s top forwards this coming season, returning to a Rangers squad with possible overagers Yantsis, Meireles and Joseph Garreffa up front under head coach Jay McKee.

Expect to see lots of Stars scouts out and about at OHL rinks this season as Damiani joins first round picks Thomas Harley (Mississauga Steelheads) and Ty Dellandrea (Flint Firebirds) along with forwards Curtis Douglas (Windsor Spitfires) and Nicholas Porco (Saginaw Spirit) on the Dallas depth chart.