OHL 20 in 20 Summer Spotlight: Sting of defeat leaves returning 67’s hungrier than ever 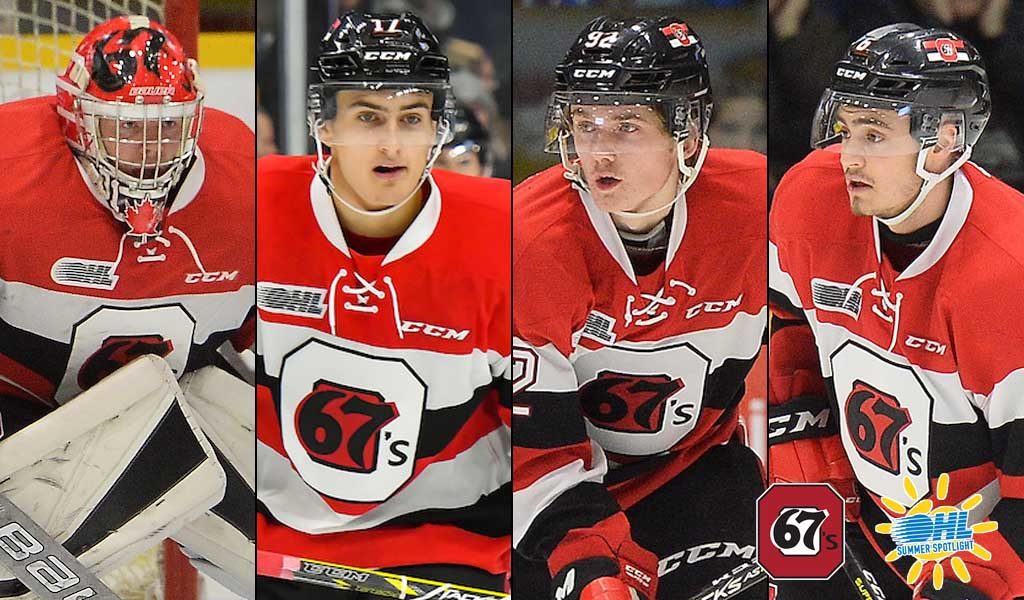 They were rolling right along, looking as though they were well-prepared for the Guelph Storm in the Rogers OHL Championship Series and then, just as the London Knights and Saginaw Spirit before them, the Ottawa 67’s hit a wall.

Up 2-0 in the series after a pair of home ice wins, the 67’s wouldn’t taste victory again, putting an end to their OHL playoff record 14 consecutive wins as the Storm took four straight to win the series in six games.

“We saw what it takes and we’re motivated to go for a championship once again.”

For Mitch Hoelscher, the offseason is all about preparation. We caught up with the #67s forward & @NJDevils prospect for our latest instalment of Offseason Q&A 👉 https://t.co/MytQCzeJVc#NoQuit pic.twitter.com/nrJ3BFRUgl

“I don’t think it really sunk in until maybe 2-3 weeks after the season had finished, it was a tough ending for us,” 67’s forward Graeme Clarke told ottawa67’s.com.

“You never realize how good of a season you’re having until it’s actually over,” echoed returning netminder Cedrick Andree, who was thrust into action midway through Game 2 of the Rogers OHL Championship Series. “After we lost, it was so disappointing because everyone wanted to win and it’s too bad things didn’t work out like we wanted to, but I think it gave us great experience and it definitely made us hungry to go on and have another awesome season.”

The 67’s certainly have the tools to be a competitive force in the Eastern Conference once again. Though they’ll lose veteran forwards in Tye Felhaber, Sasha Chmelevski, Kyle Maksimovich and Lucas Chiodo, they’ll boast a top 2020 NHL Draft prospect in centreman Marco Rossi along with a trio of New Jersey Devils prospects in the aforementioned Clarke, Mitchell Hoelscher and defenceman Nikita Okhotyuk. Veteran left-winger Austen Keating, who put up 89 points last season, is expected to return for an overage season as is well-rounded defender Noel Hoefenmayer.

“We gained a lot of experience with that playoff run. We’re a really hungry & motivated bunch coming into this season.”

We caught up with goalie @ceddy_29GUNN for our 2nd Offseason Q&A!

Winning tends to bring teams together and the 67’s did a whole lot of it, earning their first Hamilton Spectator Trophy as regular season champions since 1997. The Barber Poles amassed a franchise record 106 points, recording the league’s best home record of 29-3-1-1 while surrendering a league-low 183 goals against.

“Last year we were really close,” said defenceman Merrick Rippon. “The group was so tight knit, there was absolutely no separation in the locker room and we were all a big cluster. All season I wanted to be there and go to the rink every day and it was a fun place to be.”

“I think it’s exciting that we have the playoff experience now and we’ve been through it,” said Hoelscher, who emerged as a big contributor for Ottawa throughout the playoff run, recording an 11-game point streak. “All these championship teams that you see had to go through it and experience it to see what it takes to win.

“We saw what it takes and now we’re motivated to go for a championship once again.”

Headed to the 2020 World Junior Championships!

Ottawa 67’s Coach, and OHL Coach of the Year, André Tourigny set to make his mark as an Assistant Coach for Team Canada 🇨🇦
🗞 https://t.co/X4H1PViEGL pic.twitter.com/58ifRfh8qv

The 67’s will start the campaign with six of their first seven games on the road before returning home for six straight in the nation’s capital throughout the month of October. The schedule includes a home-and-home set with the QMJHL cross-river rival Gatineau Olympiques on December 6th and 8th.

It’ll be a new season, but the goal remains the same. The Ottawa 67’s are coming back to try and finish the job, this time with experience behind them.