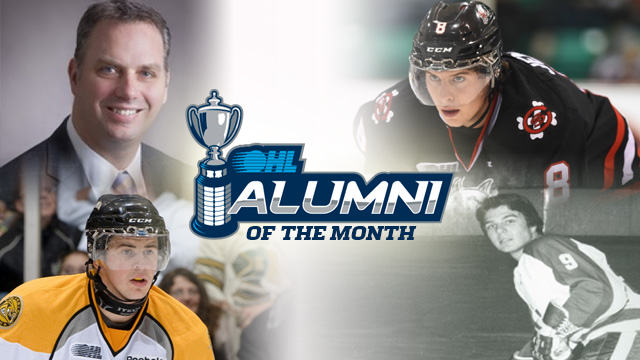 Jim was a member of the Kitchener Rangers in 1982 when the team won both OHL and Memorial Cup titles, and a part of the 1984 team that made the Memorial Cup final. While playing for the Rangers, Jim took chemistry and biology courses at Wilfrid Laurier University. He played on the University of Western Ontario’s hockey team while attending Medical School before completing his residency at the University of Ottawa. Quinn earned his Masters degree in Health Services Research at Stanford University where he remained involved in hockey by helping coach the men’s hockey team. Jim is currently an Associate Professor of Surgery at Stanford University. During his time with the Rangers, Jim was awarded the Blueline Club Trophy for most gentlemanly player in the 1983-1984 season.

Brian received a Bachelor in Business Administration with a concentration in Management from the Université de Moncton in 1997. He received his law degree from the Université de Moncton in 2000. A New Brunswick Bar member since 2001, Brian practices primarily in the fields of Corporate / Commercial, Business Succession Planning and Real Estate Law. He joined Bingham Law in January 2008 and is fluently bilingual.  Brian is a member of the Law Society of New Brunswick, the Moncton Area Lawyer’s Association, the Canadian Bar Association and the Association des juristes d’expression française du Nouveau-Brunswick.  He was drafted by the Winnipeg Jets 73rd overall 1988 NHL Entry Draft.

Nathan is a great example of how a player can utilize his education package. The former Sting Captain graduated in 2016 from St. Fx with a degree in Human Kinetics. Nathan is currently attending McGill University, taking his masters in Human Kinetics. Nathan received the 2016 U Sports Dr. Randy Gregg Award, which recognizes his excellence in hockey, academics and community involvement. Nathan is also a 3-time Academic All-Canadian. He recently earned a bronze medal for Team Canada at the World University Games in Almaty, Kazakhstan. Nathan is an not only an outstanding hockey player, but an even better person and student.

Billy has found his passion outside the game of hockey. He’s currently enjoying success as an entrepreneur, owning and operating a fishing guide business in Ottawa entitled “Jenkins Guiding Service.”

The second annual OHL Alumni Golf Tournament is scheduled for Monday June 5, 2017, at the Devil’s Pulpit in Caldeon.  Click here for more information and to register. 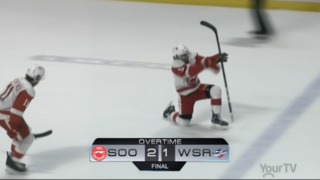