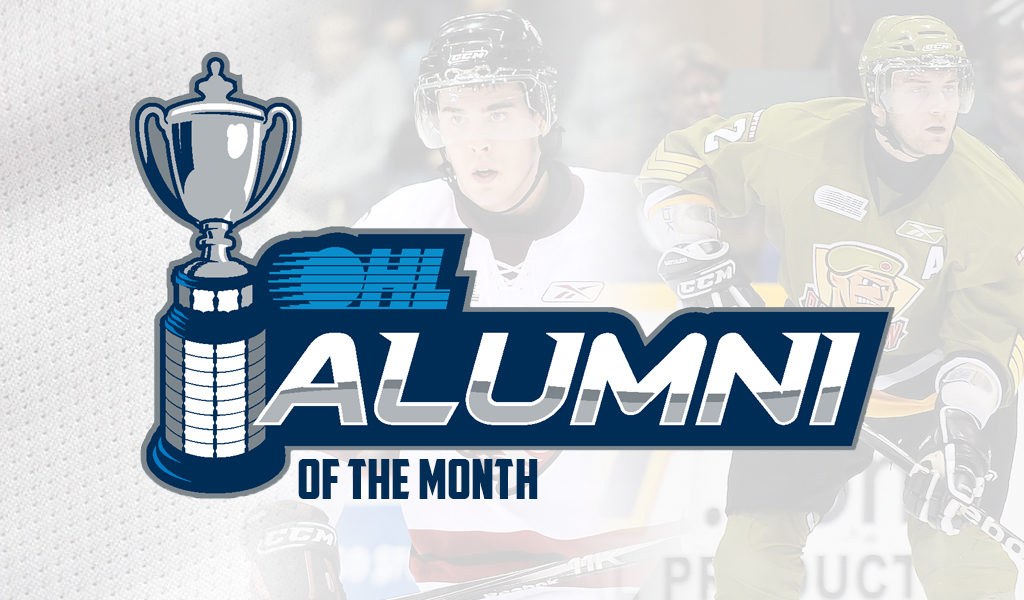 Following his overage year with Saginaw, Chris signed an entry-level deal with the New York Rangers.  He spent three seasons in the minors (Hartford, Charlotte, Greenville, and Wichita) and once his contract expired in 2012, he decided to attend the University of Waterloo for Business & Environment.  Chris currently lives in downtown Toronto working for Marsh and McLennan Companies, providing risk management and insurance solutions for Mining and Power clients.  Chris truly enjoys the business world and has plans to re-enter the hockey community in some capacity.

Following a four year OHL career with Niagara, Sudbury and Guelph, Chris accepted a hockey scholarship from St. Thomas University in New Brunswick.  He moved to the east coast and played for the Tommies during the 2011-12 season.  At the end of that season Chris transferred to Queen’s University in his hometown of Kingston.  He spent the 2012-13 season red-shirting to become eligible to play for the Golden Gaels.  During this time he gave back to his hometown hockey community as a Head Defensive Coach / Team Manager in the Greater Kingston Minor Hockey Association and in March, 2013, received the “2012-13 Most Outstanding Coaching Staff” award by the association.  Back on the ice in 2013-14, Chris played in all 27 games for the Gaels and was named a 2013-14 OUA Second Team All-Star and was fourth in the OUA in scoring among defencemen with 20 points.  Chris graduated with a Bachelor of Arts degree at Queen’s and served as an Assistant Coach with the women’s hockey program in 2014-15 and worked as a Communications Officer with both Hotel Dieu Hospital and the Kingston Police.  Since August 2016, Chris has been a Police Officer with Kingston Police.

Upon completion of the 1994-95 season with Kingston, David advanced to the pro ranks which provided him the opportunity to travel the world from Russia, to Italy, and most recently to England.  While playing for the Nottingham Panthers in the EIHL, David was able to balance both hockey and school to receive his Master’s in Business Administration.  David is currently playing for the Brampton Beast while working in Property Appraisals here in Ontario.  He has two sons, Bates (13) and Dylan (9).

Ken played four seasons with the Brampton Battalion and looks back at his time in the league as some of the most enjoyable times of his life.  After playing his overage season, Ken decided to forgo his aspirations to play pro hockey and head to the University of Guelph playing four seasons for the Gryphons where he was able to surround himself with other student-athletes helping grow off the ice, and not just on it.  From there Ken was able to spend time in the ECHL (Toledo Walleye) and had an opportunity to play overseas in France (Ligue Magnus, Strasbourg), while already having a university degree to fall back on.  After retiring from hockey in 2015, Ken took a job in Sales while also scouting for the North Bay Battalion and working with the Milton Icehawks of the OJHL.  Today, Ken helps run a family real-estate business, Sweet Suite Home, while also coaching the Ancaster Avalanche Jr.B of the GOJHL (affiliate of the Hamilton Bulldogs).