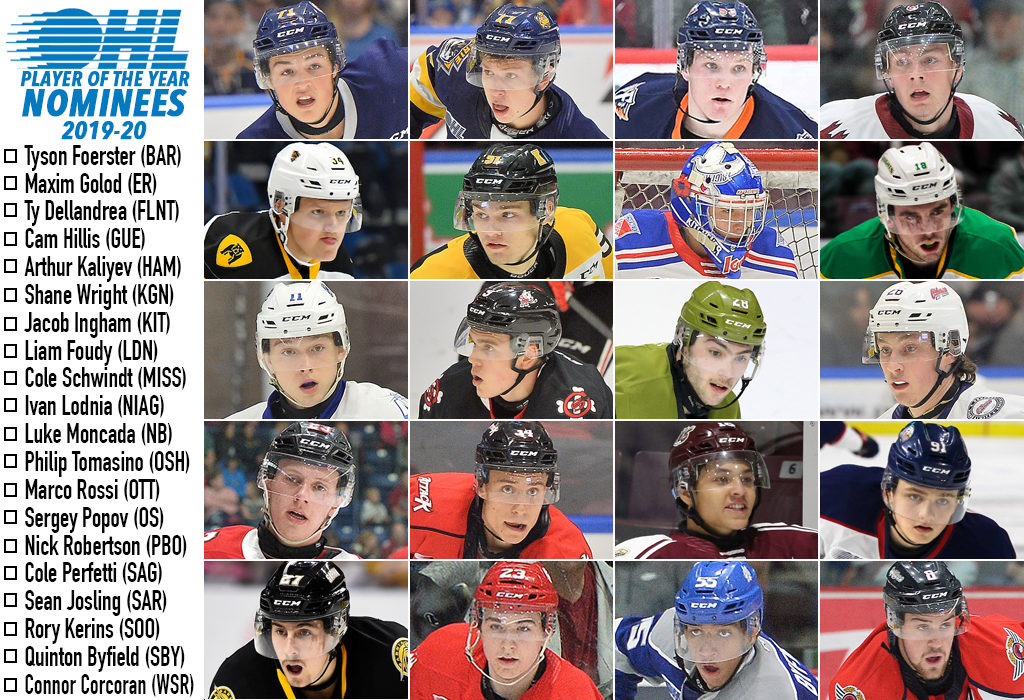 The Red Tilson Trophy is the most prestigious individual award presented by the Ontario Hockey League. First presented in 1945, the trophy is named in honour of Albert “Red” Tilson, who was killed in action in Europe during World War II. Tilson was the OHA scoring champion for the 1942-43 season after scoring 19 goals and 38 assists for 57 points in 22 games with the Oshawa Generals.

Accredited media will be asked to select their top choice from the 20 nominees submitted by all 20 member clubs. The candidate receiving the highest number of accumulative votes will be awarded the Red Tilson Trophy.

The Red Tilson Trophy winner is the OHL’s nominee for Canadian Hockey League Player of the Year honours.