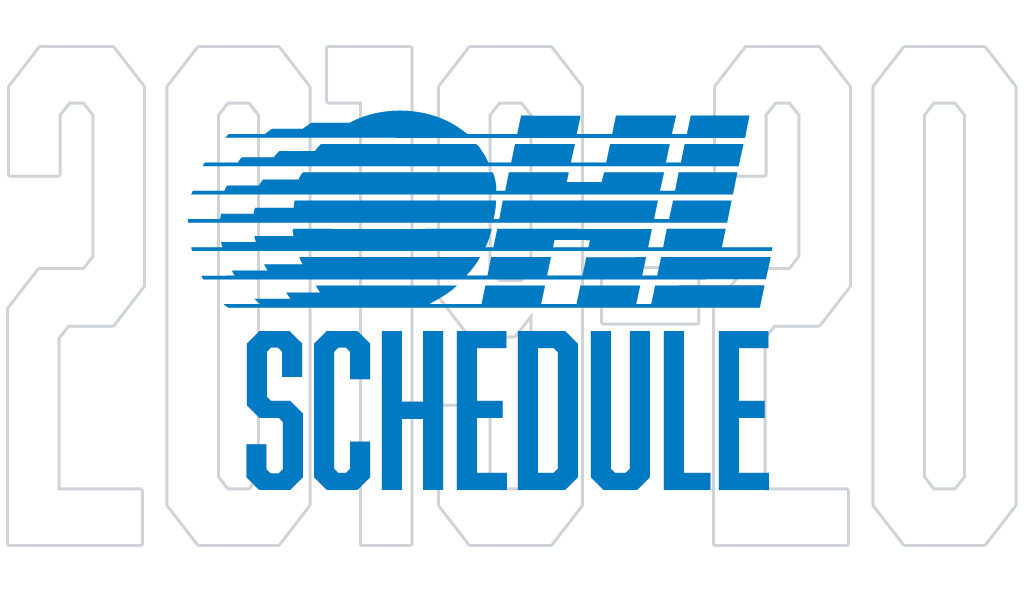 Toronto, ON – The Ontario Hockey League today announced the regular season schedule of games for 2019-20.

The puck drops on Thursday September 19 when the Niagara IceDogs host the Sudbury Wolves in the first of 15 home openers scheduled for #OHLOpeningWeek which includes nine to be played on Friday September 20 highlighted by an OHL championship rematch between the Guelph Storm and the visiting Ottawa 67’s.

The OHL continues the tradition of being primarily a weekend league in order to accommodate families and the student athlete with close to 90% (609 games) of the schedule played between Thursday and Sunday.  Friday night remains an OHL fixture with 201 games scheduled, followed by 177 games on Saturdays, and 142 on Sundays.

Following opening night action, key dates on the calendar include Friday December 20 which represents the final day before the holiday break and Saturday December 28 when the schedule resumes.  The first day of the second half represents the busiest night on the schedule with 10 games and all 20 teams in action matched only by Friday January 31.  There are a total of nine calendar days that feature morning games including Wednesday October 23 & 30, Wednesday November 13, 20, 27, and Thursday November 21, Wednesday February 5 and Tuesday February 25, plus Thursday March 5.  The final date of the regular season schedule is Sunday March 22.

CHL special events not included within the official OHL schedule that should be noted include the CIBC Canada Russia Series in Kitchener on Thursday November 7 and in London on Monday November 11.  The CHL/NHL Top Prospects Game takes place in Hamilton on Thursday January 16.  The 2020 Memorial Cup Presented by Kia takes place in Kelowna, B.C., where the OHL champion will face the Quebec Major Junior Hockey League champion, Western Hockey League champion, and host Kelowna Rockets May 21-31.

Divisional alignment remains the same for 2019-20 with the same 68-game unbalanced schedule. Teams continue to play out of conference opponents a minimum of two times (one home, one away) while the majority of teams play interconference teams a minimum of four times including two games at home and two on the road. Interdivisional teams will play each other up to six times and in a number of cases, closest rivals will play each other up to eight times.

For the third straight season the schedule will include interleague play between the Ottawa 67’s and the QMJHL’s Gatineau Olympiques with a home-and-home series December 6 & 8.

Help promote the launch of the 2019-20 OHL Regular Season on social media by using #OHLOpeningWeek.