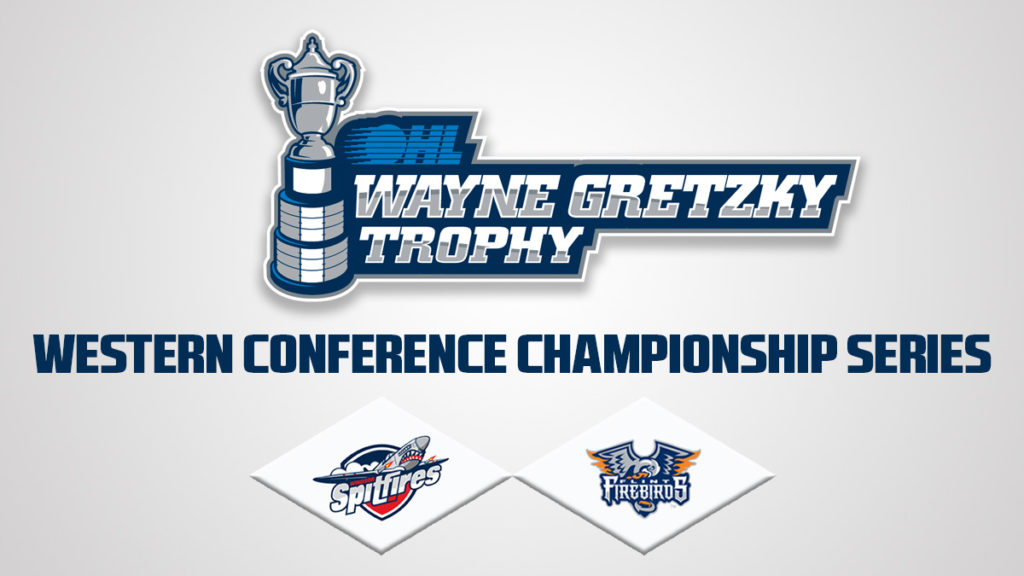 The third round series features a pair of highly familiar West Division rivals. The Spitfires won the West Division with a 44-17-4-3 record during the regular season. They proceeded to eliminate the Sarnia Sting in six games and the Kitchener Rangers in five to reach their first Western Conference Final since 2011. The Firebirds played to a franchise record 42-21-1-4 mark, finishing third in the Western Conference. They bested the Owen Sound Attack in seven games before eliminating the Soo Greyhounds in five contests, reaching the Western Conference Championship Series for the first time in their history.

The Spitfires and Firebirds faced each other eight times during the regular season, with Windsor winning seven of those meetings.

The Western Conference Champion receives the Wayne Gretzky Trophy named in honour of the Hockey Hall of Fame member who played for the Soo Greyhounds in 1977-78.  The Spitfires made three straight appearances in the Western Conference Championship Series from 2009-11, winning consecutive titles in the first two showings. The Firebirds have won their first two playoff rounds in the six-year history of the franchise this year, and look to keep the momentum going when the puck drops on Saturday.