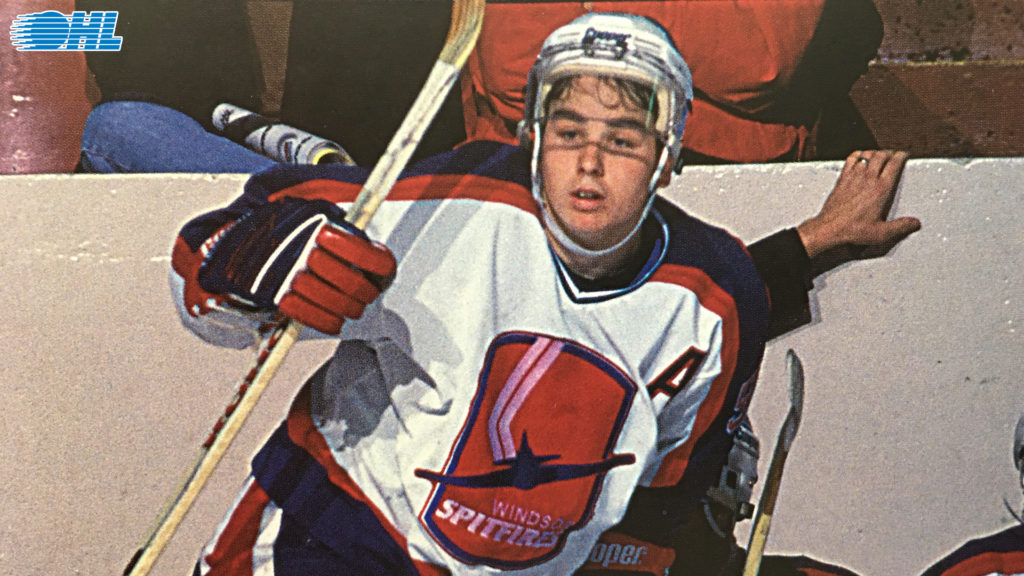 For four seasons Bill Bowler made opposing teams across the OHL dread his decision to play for the Windsor Spitfires.

The Toronto native finished his career with the Spitfires in 1994-95 with a 135-point campaign, the crowning glory on his wonderful career in Windsor which saw him score 149 goals and an OHL record 318 assists.

By the end of his playing days with the Spitfires, Bowler was firmly entrenched as one o the OHL’s all-time leading scorers with 467 points. 25 years after his graduation from the league, he still is.

“I’m proud of that assists mark,” Bowler said. “But I had great teammates and linemates over the years to help me achieve that. I wouldn’t have been able to get so many assists if the other guys weren’t finishing off the plays.”

Two big-time scorers – Steve Gibson and Tim Findlay – were among the players fortunate to play alongside Bowler over his seasons in Windsor.

However, Bowler’s assault on OHL scoring records nearly didn’t happen. After making it known that he was seriously considering going the U.S. college route, Bowler was taken in the 13th round, 199th overall by the Spits in the 1991 OHL Priority Selection.

“I had been talking to a lot of schools and that was a very real option for me at the time,” recalled Bowler, who now serves as general manager of the Spitfires. “But after talking things over with Windsor and seeing the opportunity that the team and the league had for me, I decided to join the Spits.”

Bowler attended his first Spitfires’ training camp with the understanding that he had a roster spot when he showed up. However, he still left the team after 48 hours to return home to Toronto to ponder his future.

“It was a time for me to discuss matters over with my family,” said Bowler. “It was thought that playing in Windsor with the Spitfires was the best way to go.”

An 88-point rookie season that was followed up by season totals of 121, 123 and 135 points dismissed the premise that the small Windsor Arena ice surface was not the best place for al age in skill but small in stature player like the 5-foot-8 Bowler to call home.

“The idea that smaller rinks are not the best rinks for smaller players to play is not true at all,” Bowler said. “In smaller rinks, players have to simply act and react quicker – regardless of their size.”