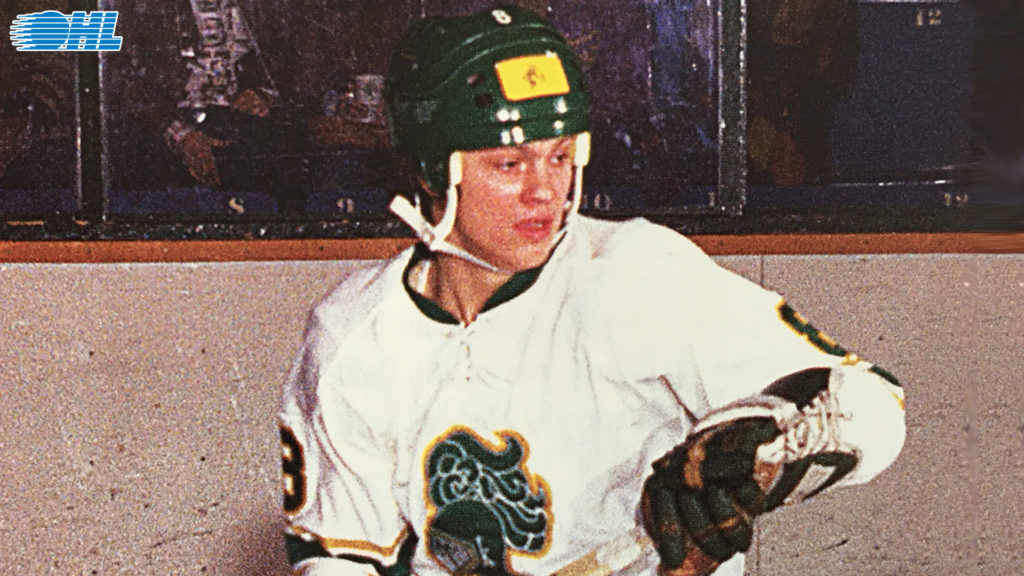 Don Brankley was trainer of the London Knights for so long that sometimes it was hard for him to remember every player that came through his dressing room.

But Brankley, who started working for the Knights after graduating from Laurentian University in 1970, had no problem remembering Dino Ciccarelli. Or more specifically, he remembered Ciccarelli’s attitude.

“He is the most determined player I have ever seen,” Brankley, who passed away in June 2017, told The London Free Press prior to the Knights’ ceremony to retire Ciccarelli’s jersey in 2002. “He has no fear.”

Brankley recalled an incident that ended Ciccarelli’s sophomore season. The 18-year-old had scored a team-record 72 goals and helped the Knights to a first place finish in the Emms Division before he broke his leg in practice, ending his year and the team’s hopes of their first championship.

Brankley was right. Ciccarelli returned at Christmas and struggled to find his scoring touch, but he came back for a final season with the Knights and scored 50 goals and 103 points in 62 games. He started the following year in the minors, but was with the Minnesota North Stars for the second half of the season in the start of a memorable 19-year NHL career.

“I was your typical blue-collar player,” said Ciccarelli. “I took pride in how hard I worked. I don’t think I was an overly talented hockey player, but I worked my butt off to get where I was. I tried to leave everything I had on the ice for every game.”

Ciccarelli was an easy player for NHL scouts to knock. He didn’t have the size or speed that the top prospects had and was passed over in the draft after suffering his broken leg.

“I think I was personally driven by a lot of things that were said to me,” said Ciccarelli, who returned to the OHL as a co-owner of the Sarnia Sting until 2009. “Even prior to playing for the London Knights, I was too small. I couldn’t skate. Then the broken leg gave people another excuse. Now I was too small, couldn’t skate and had a broken leg. I wouldn’t come back the same. I was always driven to prove people wrong.”

The four-time NHL all-star and 2011 Hockey Hall of Fame inductee certainly had the last laugh. He is 19th on the all-time list of goal-scorers with 608 goals and finished his NHL career with 1,200 points.

“What’s satisfying to me is people saying they respect how I played the game,” said Ciccarelli. “That’s good enough for me.”