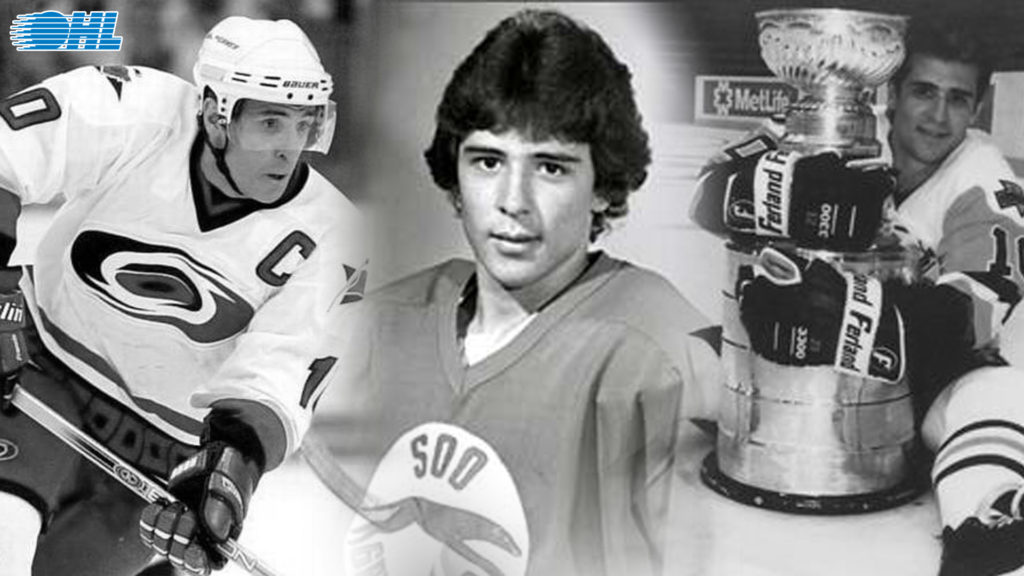 The Soo native made the difficult jump from midget hockey to major junior with his hometown Greyhounds. Despite the added pressure of being a star for the local team, Francis handled his first season with the class that became his calling card during a remarkable career in the NHL.

“My whole life is different than it was when I played midget hockey,” said Francis in 1980 during his rookie season with the Greyhounds. “Now hockey is a way of life. We’re on the ice every day and I realize now this is a profession. It’s hectic, things have moved fast, but I’m very happy.”

After scoring 26 goals and 69 points in 64 games as a freshman, the locals were looking to Francis to become the team’s leader after the graduation of scoring stars John Goodwin, Steve Gatzos, Doug Shedden and Tony Butorac. The foursome combined for 235 goals and led the team to the league finals.

“Being from the Soo, I heard fans talking all summer,” Francis recalled. “They were wondering how we would replace all that scoring power we lost. They were counting on me and a few other guys to pick up the slack. So heading into the season I knew I had certain responsibilities to the team.”

Francis was the fourth overall pick of the Hartford Whalers that summer but was sent back to the Greyhounds after training camp.

“They want me to develop at my own pace,” said Francis, who piled up 18 goals and 48 points in his first 25 games proving to the Whalers brass that he was already prepared to take the next step. They called him up to the NHL in November and Francis never looked back. He scored 25 times and had 68 points in 59 games as a rookie.

“Francis is going to be a good one,” Whalers’ scoring leader Blaine Stoughton told The Toronto Star seven games into Francis’ NHL career. “The puck just seems to show up where he’s located much of the time.”

Francis went on to a 23-year career in the NHL, winning a pair of Stanley Cups with the Pittsburgh Penguins. He was honoured in his hometown after his retirement with Ron Francis Day in February 2006.

“He showed you can achieve your goals while maintaining integrity and earning the respect of others,” Sault native Janet Scarfone told The Sault Star. She was one of 370 locals that attended a dinner in Francis’ honour that day and summarized the city’s feelings about one of their stars. “He’s been a real credit to the city and the country.”