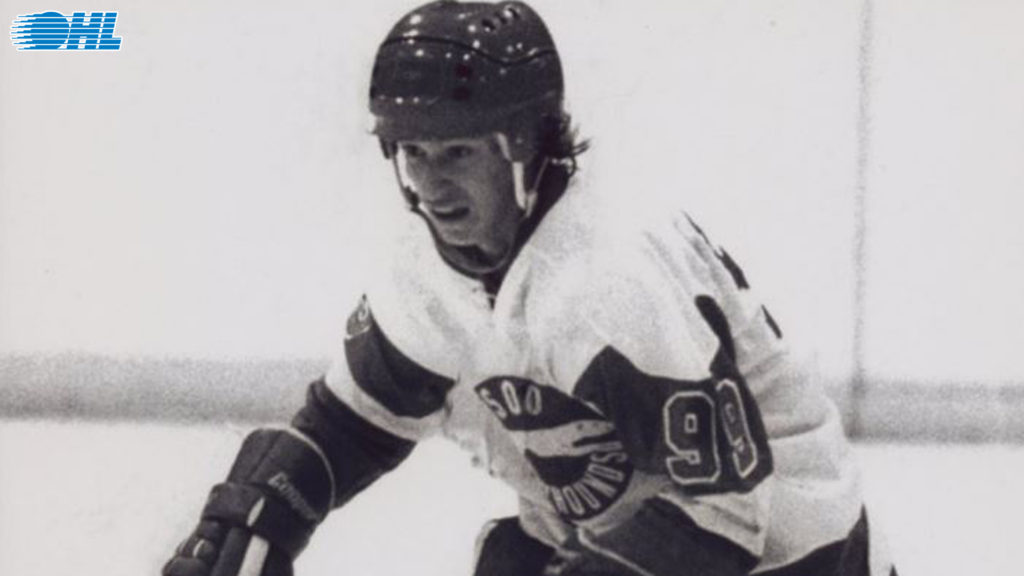 When Wayne Gretzky retired from his illustrious career in 1999, he received what may have been the biggest honour in the history of sports. The National Hockey League retired his number 99 throughout the league.

It was an honour reserved only for the player that changed the face of the game and went down in the history books as one of the greatest to ever play.

More than two decades earlier, Gretzky reluctantly wore that number for the first time as a junior with the Soo Greyhounds.

Gretzky set scoring records and drew national attention throughout his childhood in Brantford while always wearing the number 9 on his back. He idolized Gordie Howe and paid tribute by wearing his hero’s number. But when he arrived in Sault Ste. Marie as a fuzzy-cheeked 16-year-old, the number was already assigned to veteran Brian Gualazzi. Gretzky needed to find a new number.

He tried 19 and then 14 but never felt comfortable with either. Greyhounds general manager Angelo Bumbacco had another idea.

“When former Greyhound Phil Esposito left Boston for New York, he couldn’t wear number 7 because it was taken, so he picked number 77,” Bumbacco told The Sault Star after Gretzky’s retirement in 1999. “I told Wayne and his father Walter, if that was good enough for Phil, why not have Wayne switch to 99?”

Gretzky debuted his new number on November 18, 1977 against the Niagara Falls Flyers. The Hounds lost the game, but Gretzky scored their first goal and his new number took its place in hockey history.

The OHL recognized Gretzky and his famous number by creating the Wayne Gretzky 99 Award in his honour in 1999 to be presented to the most valuable player in the playoffs as voted by the media. Justin Papineau of the Belleville Bulls was the first winner of the trophy.

“Wayne Gretzky is one of the most esteemed graduates in the history of the Ontario Hockey League,” OHL Commissioner David Branch said when unveiling the new award. “This is a fitting tribute to a man that has done so much for the great game of hockey. His success in this sport is unmatched and we are pleased to honour him with this award.”