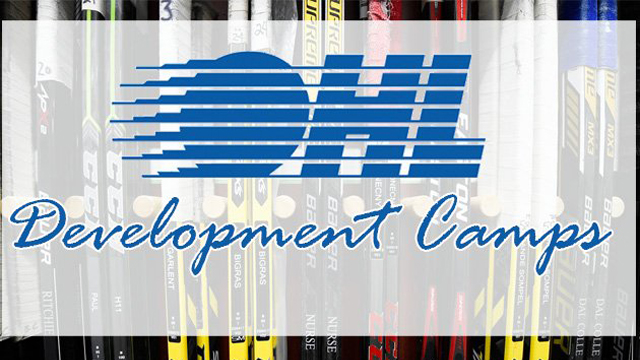 OHL clubs are hosting Spring Development Camps, giving prospective players and their families an opportunity to meet coaches, staff, media, and fans in their respective organizations.

Here’s a look at news from Development Camps around the league.

PETERBOROUGH PETES:
The Peterborough Petes held their annual Spring Orientation Camp on May 20-21 at the Peterborough Memorial Centre.
• Camp Details

HAMILTON BULLDOGS:
The Hamilton Bulldogsheld their Rookie Orientation Camp on April 21-23 at Firestone Arena in Ancaster, Ont. Close to 40 players took part in the three-day camp including top selections Connor McMichael, Arthur Kaliyev and Liam Van Loon. 2016 selections in Connor Roberts and Riley McCourt were in attendance. This event is open to the public.
• Camp Details

SARNIA STING:
The Sarnia Sting held their annual Orientation Camp from April 22-23 at Progressive Auto Sales Arena. Top 2017 selection Jamieson Rees was in attendance along with other OHL Priority Selection choices and picks from the 2017 OHL Under-18 Priority Selection among others.
• Camp Details

WINDSOR SPITFIRES:
The Windsor Spitfires held their annual Mini Camp on Sunday April 23 at the WFCU Centre. 32 drafted prospects will be in attendance at the event that is open to the general public.
• Camp Details

0:40
#BestOfOHL barrie colts
OHL Play of the Night: One of the nicest goals we've seen in the Sudbury Arena this season!
7 mins ago