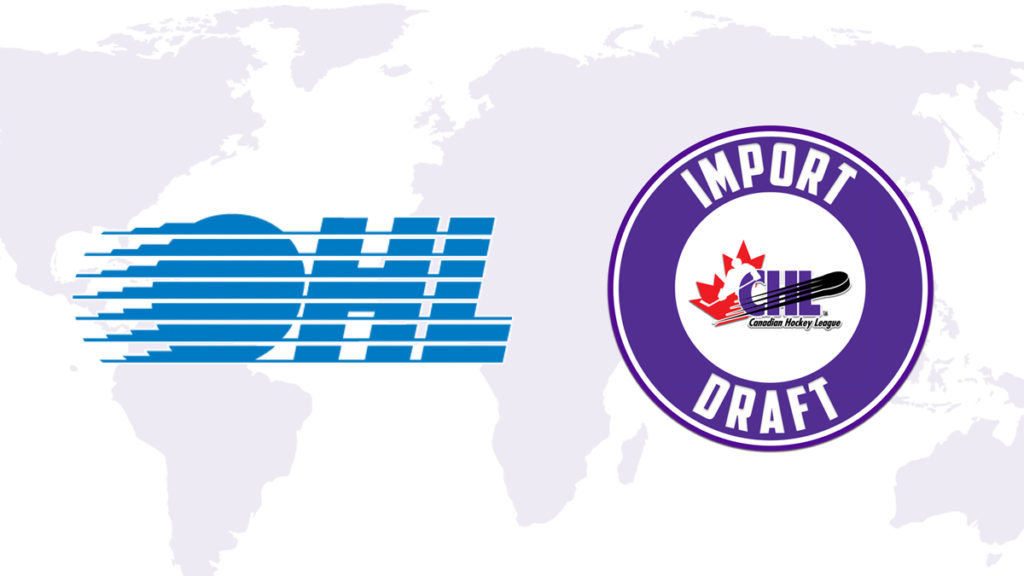 The Saginaw Spirit led the OHL portion of the proceedings by selecting 2023 NHL Draft prospect Martin Misiak out of Slovakia with the second overall pick, the highest in franchise history. The Erie Otters followed with another 2023 eligible Slovakian player in forward Ondrej Molnar at fifth overall before the Sudbury Wolves made it three straight, taking 2024 NHL Draft eligible defender Jakub Chromiak, the younger brother of Kingston Frontenacs 44-goal scorer Martin Chromiak.

An additional 11 players chosen by OHL teams will be eligible for the 2023 NHL Draft while one, Chromiak, isn’t eligible until 2024.

Other selections of note include Peterborough Petes first round choice Tommy Purdeller, who became the first Italian player chosen by an OHL club since the Niagara IceDogs took Marco Insam in the 2008 CHL Import Draft. Swiss product Alessio Belgieri was the first goaltender chosen when the Mississauga Steelheads took him 38th overall. The Kingston Frontenacs took the next netminder, selecting Ivan Zhigalov in the 47th slot. Zhigalov spent the 2021-22 season with the QMJHL’s Sherbrooke Phoenix, and played in the 2022 Kubota CHL/NHL Top Prospects Game in Kitchener.

The Niagara IceDogs (Rodwin Dionicio, Vsevolod Gaidamak) and North Bay Battalion (Matvey Petrov, Alexander Lukin) were the only OHL clubs that did not make a selection. The Kingston Frontenacs, Kitchener Rangers, Mississauga Steelheads, Saginaw Spirit, Sarnia Sting and Sudbury Wolves each made two.

All non-overage import players that were previously drafted in the CHL Import Draft but were deleted by a CHL member team before the 2022 cut-down date were eligible to be re-drafted by another CHL club in the 2022 Import Draft.

Visit CHL.ca/draft for complete results from the 2022 CHL Import Draft. 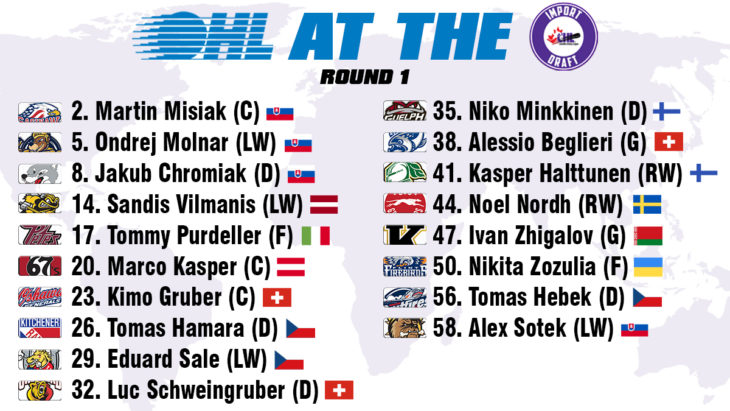 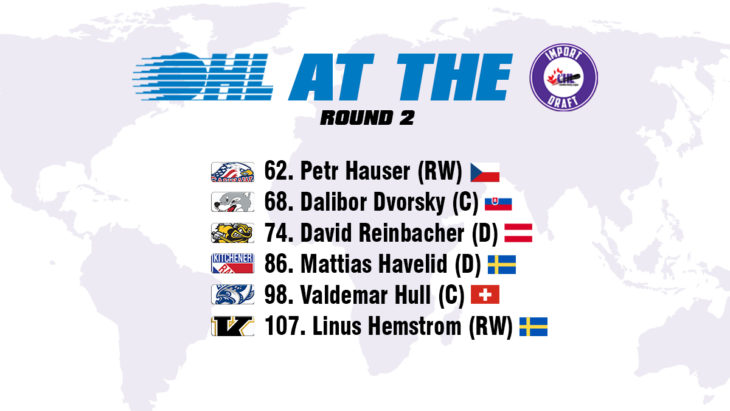