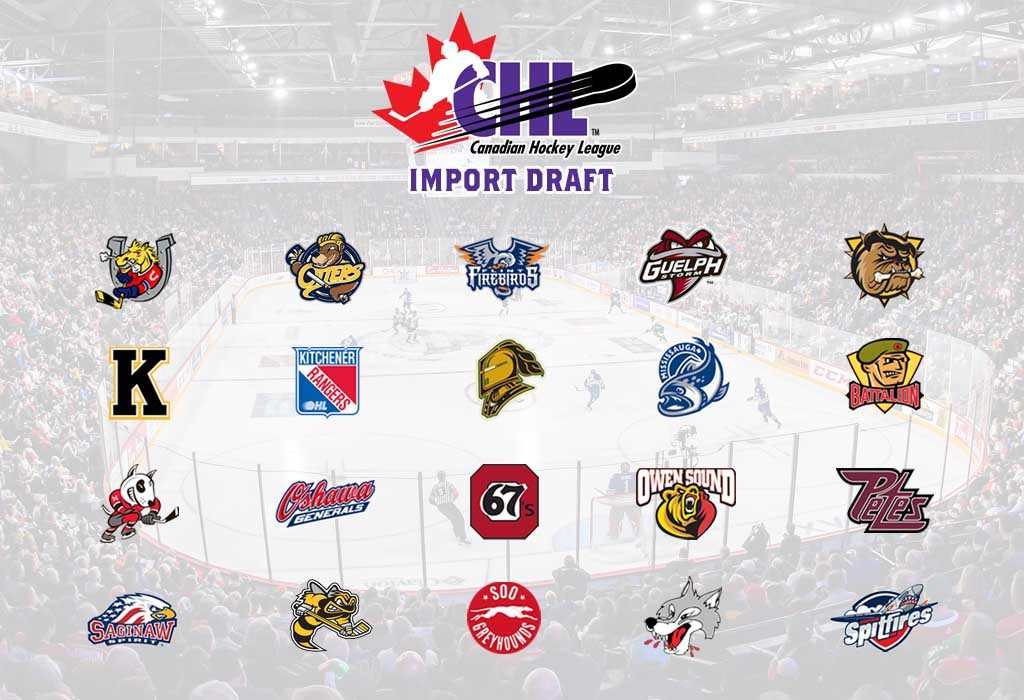 Toronto, ON – The Canadian Hockey League today announced the final results of the 2019 CHL Import Draft.

The 28th annual CHL Import Draft included 81 players (28 OHL) consisting of 48 forwards (13 OHL), 27 defencemen (12 OHL), and six goaltenders (three goaltenders). The 81 players were chosen from 14 different countries featuring a draft-high 17 players from Czech Republic – the highest single total since Russia supplied 20 players for the 2017 CHL Import Draft. It also represents the most diverse selection of players since 15 countries were featured in the 2010 CHL Import Draft.

The two-round draft took place online with the order of selection rotating through each of the CHL’s three leagues using an inverse order of final regular season standings from each league from the 2018-19 season.

The Swift Current Broncos used the first-overall selection to draft Finnish defencemen Kasper Puutio, a 17-year-old who appeared in 31 games this season with the Karpat U20 team and finished with four points and a plus-15 rating. He also skated in 10 games with the U18 squad, where he finished above a point-per-game pace with four goals and eight assists while also serving as an alternate captain.

With the No. 2 pick, the Kingston Frontenacs selected Slovakian forward Martin Chromiak, a 16-year-old who finished second in scoring on the HK Dukla Trencin U20 squad as he recorded 46 points in 39 games before adding another nine goals and eight assists in 15 playoff appearances. He also appeared in seven games with Team Slovakia at the 2019 IIHF U18 World Championship, notching two goals and one assist.

Rounding out the top three selections was the Acadie-Bathurst Titan who added Swiss defenceman Noah Delemont. The 17-year-old spent the 2018-19 season with the Biel-Bienne U20 squad, where he put up 19 points in 35 games. He was then named an alternate captain for Team Switzerland’s entry at the 2019 IIHF U18 World Championship, where he registered a trio of assists across seven games.

Other picks of intrigue included Senna Peeters by the Halifax Mooseheads at No. 48, marking the first Belgian selected since 2008 when the Val-d’Or Foreurs chose forward Mitch Morgan. The 2019 CHL Import Draft also saw the first Latvian drafted since the Oshawa Generals chose forward Renars Krastenbergs at No. 77 in 2016. Four Latvians were selected in 2019, led by netminder Arturs Silovs, who went 11th overall to the Barrie Colts. This year’s draft class also saw the selection of Japanese forward Yu Sato by the Quebec Remparts at 24th overall, marking the first Japan-born player selected since the Verdun College-Francais selected forward Shin Larsson in 1993.

The 2019 CHL Import Draft featured 12 players previously selected in the NHL draft, counting 11 from this past weekend’s 2019 NHL Draft in Vancouver, including forward Michal Teply, who went fourth overall to the Winnipeg ICE after being selected in the fourth round by the Chicago Blackhawks.

Each CHL team is permitted to dress a maximum of two import players each season who are selected annually through the CHL Import Draft.

A total of three OHL players acquired through the CHL Import Draft were recently selected in the 2019 NHL Draft including Florida Panthers second round pick Vladislav Kolyachonok of the Flint Firebirds, New Jersey Devils second round pick Nikita Okhotyuk of the Ottawa 67’s and Minnesota Wild fifth round pick Matvey Guskov of the London Knights.

Last season OHL teams selected a total of 27 players from nine different countries led by eight players from the Czech Republic and consisting of 16 forwards and seven defencemen and four goaltenders.