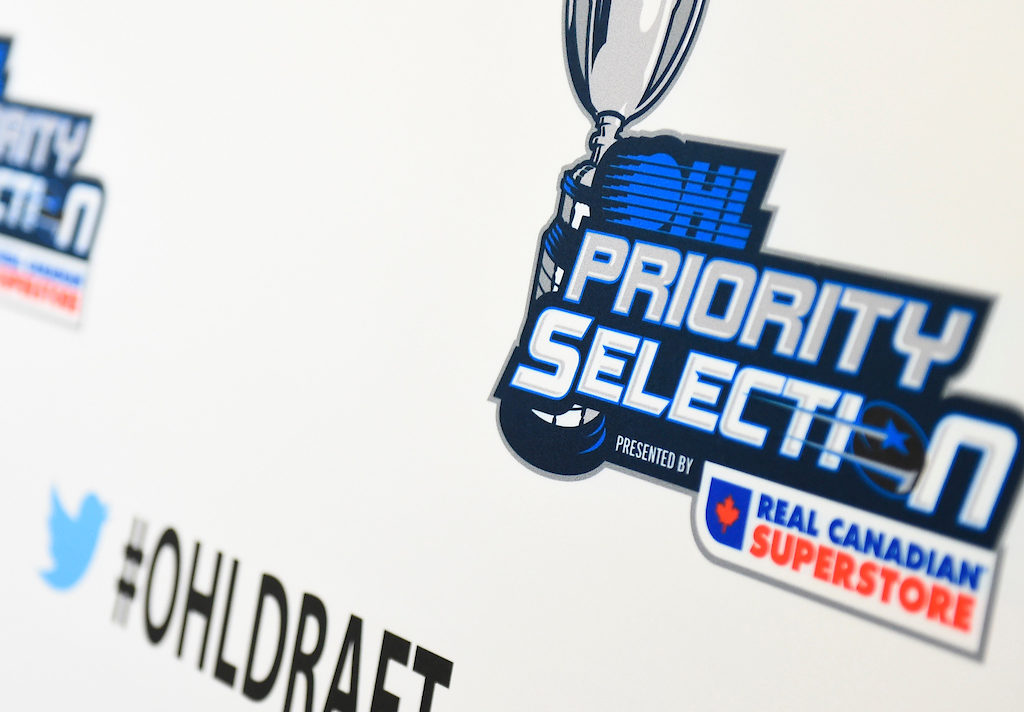 The annual Priority Selection was held entirely online, adhering to all government and public health COVID-19 physical distancing guidelines at both the League and member team levels. This year’s unique approach to a very special day was conducted in the interest of ensuring the health and safety of prospects, their families as well as OHL member team and League personnel.

A total of 300 players were selected in the 15-round process from 87 different teams across Ontario and parts of the United States. The selected players included 176 forwards, 94 defencemen, and 30 goaltenders. While 290 of the players chosen were 2004-born athletes, also eligible for selection were non-overage players not carded with an Ontario-based Midget AAA team from protected OHL territories. Nine players born in 2003 where chosen under this criteria along with one player born in 2002.

“Congratulations to all 300 players selected in the 2020 OHL Priority Selection and for the commitment that was required to get to where you are today,” said Darrell Woodley, Director of OHL Central Scouting. “There’s a lot of hard work and dedication that goes into this tremendous accomplishment and the excitement extends to families, friends, coaches and teammates of all players involved. Being selected by an OHL team is a big milestone but it’s also just the beginning of your road to the next level. Opportunities for success are available for players with the right attitude and work ethic, including players not selected today, who may find success through next year’s Under-18 Priority Selection. Best of luck to all players in pursuit of your hockey and academic goals.”

The Ontario Minor Hockey Association led the way with 79 players selected from across 19 different organizations. The league champion Quinte Red Devils led OMHA clubs with 10 players selected followed by the Oshawa Generals, Southern Tier Admirals and Whitby Wildcats each with seven. The Greater Toronto Hockey League produced a total of 66 players from across 12 different programs led by the league champion Toronto Jr. Canadiens and Toronto Titans with 11 players each followed by the Toronto Marlboros and Toronto Nationals each with 10. The ALLIANCE featured 50 different players selected from across 12 different teams paced by the league champion Elgin-Middlesex Chiefs with nine trailed by the Hamilton Huskies with seven. Hockey Eastern Ontario produced 20 selections from nine different teams led by the Kanata Lasers and Rockland Nationals with four picks each. The Northern Ontario Hockey Association produced seven selections led by the North Bay Trappers and Soo Jr. Greyhounds with three players apiece while Hockey Northwestern Ontario featured one selection from the Thunder Bay Kings. An additional three players were selected from various other Canadian sources. A strong year from American-based programs saw 74 different players chosen from across 27 different teams. The Detroit Honeybaked U15 program led all Priority Selection teams with 12 players selected while Detroit Compuware produced a collective 12 between their U15 and U16 teams.

This season marked the 20th straight year the Priority Selection was conducted by way of the internet.