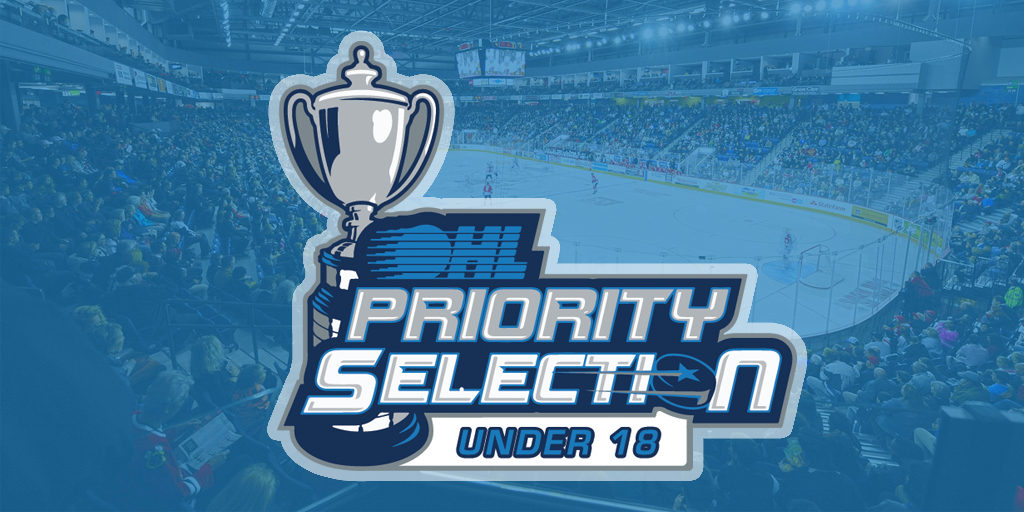 Eligibility for the 2017 OHL Under-18 Priority Selection included all Midget players (1999 and 2000 birth years) not currently on an OHL Member Team Protected List who were carded with an Ontario based Midget AAA Hockey Club within the Ontario Hockey Federation, Hockey Eastern Ontario, or Hockey Northwestern Ontario in the current season.

Victor Hadfield, a defenceman from the Hamilton Jr. Bulldogs, was the first pick of the inaugural OHL Under-18 Priority Selection to the Barrie Colts, followed by goaltender James Walker of Windsor AAA chosen second overall to the Guelph Storm, and forward Ryland Mosley of the Carleton Place Canadians picked third overall by the North Bay Battalion.

A total of 96 players were selected in the five-round process from 46 different teams and included 49 forwards, 31 defencemen, and 16 goaltenders.  88 of the players selected are 2000-born, with eight born in 1999.

All OHL Member Teams were required to draft a minimum of four players, however to enhance opportunities specifically for goaltenders, clubs selecting a goaltender with one of their selections had the option to select another player (skater only) in an additional round.

“I’d like to congratulate all players and the families of all players, 96 of them in total, selected in the inaugural OHL Under-18 Priority Selection,” said Joe Birch, Senior Director of Player Development and Special Events. “What a great accomplishment for these players who have continued to work hard and improve over the past four or five years of their minor hockey careers.  This draft and the selected players are a great example of what this is about which is to raise the profile of Midget AAA hockey and to provide enhanced opportunities for players to develop.”

Picks were submitted online by OHL member clubs and displayed in real-time at ontariohockeyleague.com accompanied by an audio stream. 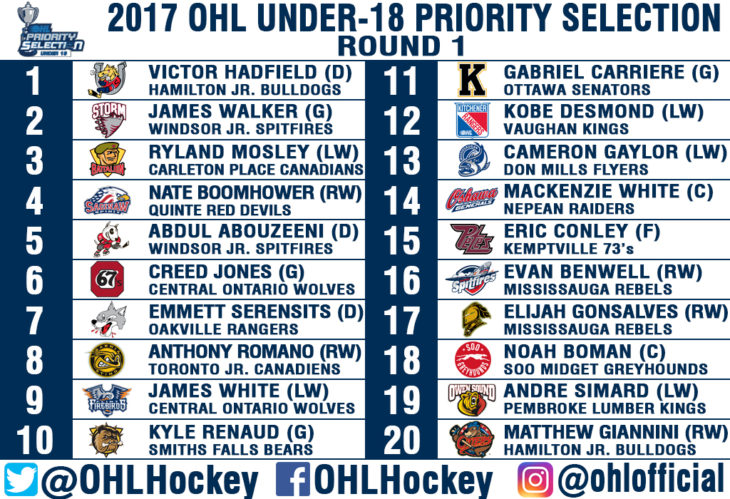 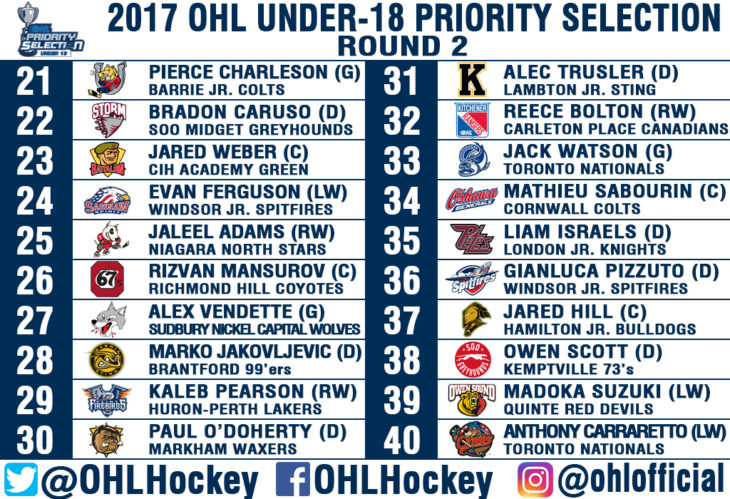 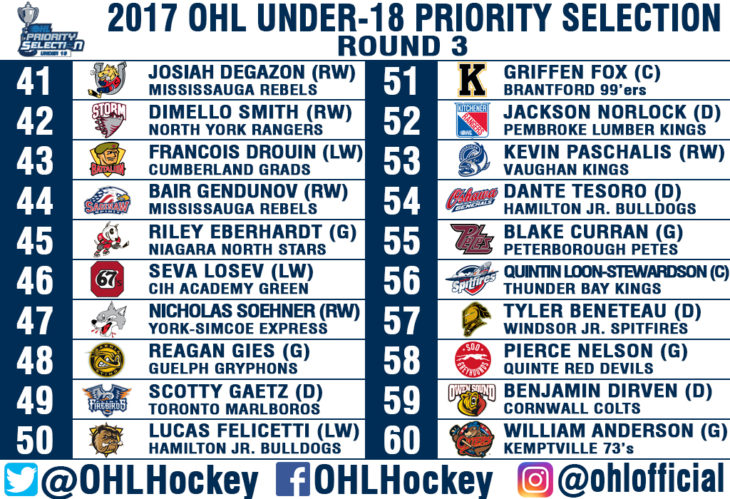 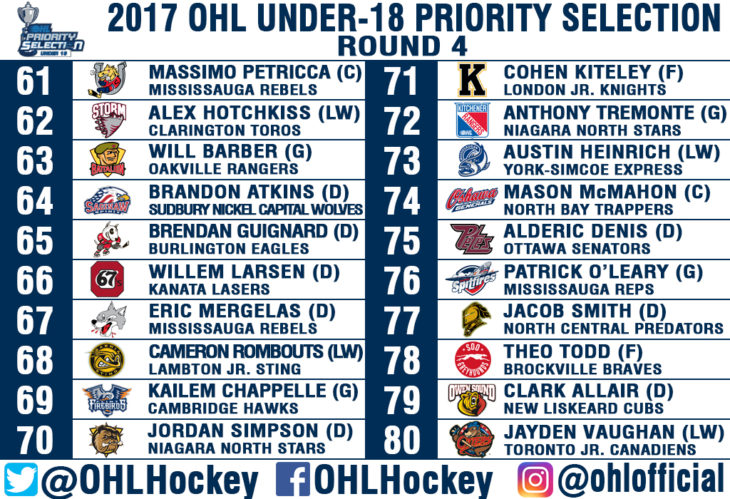 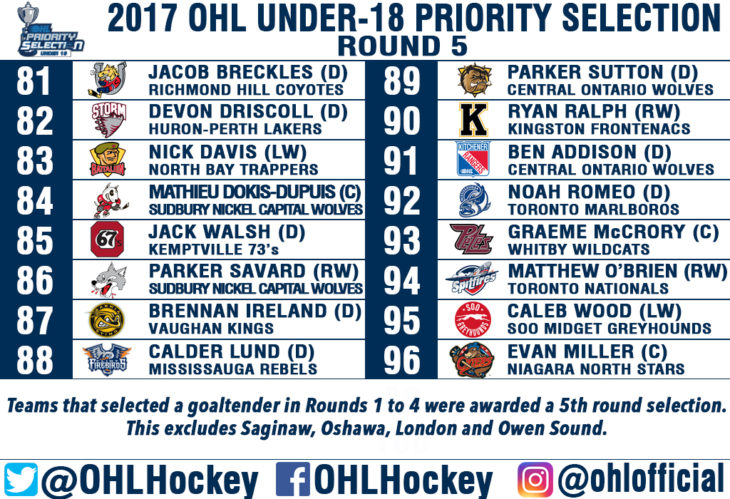