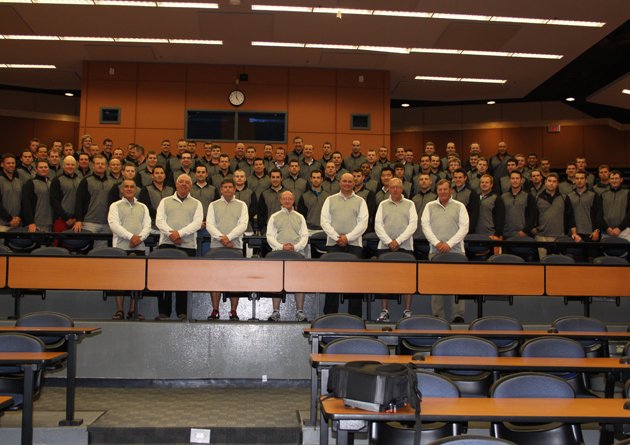 Toronto, ON – The Ontario Hockey League hosted its annual pre-season Officiating Camp this past weekend, August 22-23, 2014, at the University of Guelph.

It was also announced at camp that referee Sean Reid is the 2013-14 recipient of “The Bodie” Character Award for Officials.  Established last August, “The Bodie” is presented annually to the OHL official who demonstrates a passion and dedication to officiating and the game of hockey, who best exemplifies leadership on and off the ice, professionalism, and is respected by OHL member teams, players, and fellow officials.

“Sean was voted by his peers for this award and is most deserving of this prestigious honour,” said OHL Director of Officiating Conrad Hache. “He continues to serve as a positive role model for all members of our officiating team and encompasses all of the qualities this award stands for.” 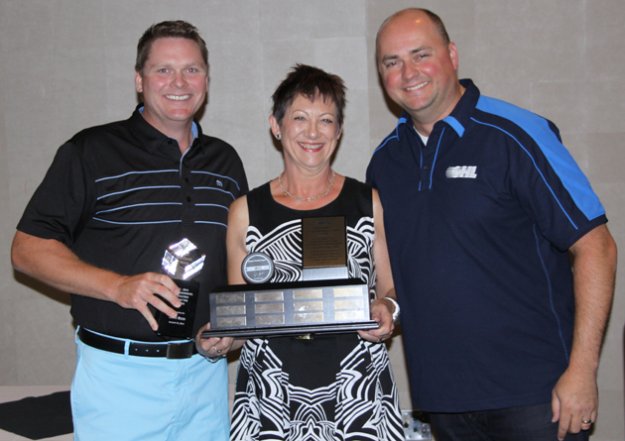 Reid, an Ottawa native, has been a member of the OHL’s Officiating Team for 15 years including 11 seasons as a referee.  In that time he has been assigned to seven OHL Championship Series’ and three MasterCard Memorial Cups including Vancouver 2007, Shawinigan 2012, and last season in London.  Reid is the second recipient of the award following Scott Oakman who was the inaugural recipient last season.

The award is named in recognition of former OHL Senior Officiating Manager, Ken Bodendistel, who served 40 years in the league beginning as a Supervisor in 1974-75.  Bodendistel passed away last November at the age of 73 after a courageous battle with cancer.

The OHL is also proud to congratulate referees Kendrick Nicholson and Garrett Rank who have both received NHL contracts and will begin the upcoming season in the AHL.

“The OHL is a development league not only for players but for officials,” added Hache.  “This is an exciting opportunity for Kendrick and Garrett and we wish them the best of luck as they pursue their goals at the next level.”

Nicholson, a Stratford native, skated nine seasons in the OHL including four as a referee appearing in three OHL Championship Series’ and represented the OHL at the 2013 MasterCard Memorial Cup in Saskatoon.  Rank, of Elmira, has been an OHL official for the past four seasons including three as a referee and was assigned to his first OHL Championship Series this past season. 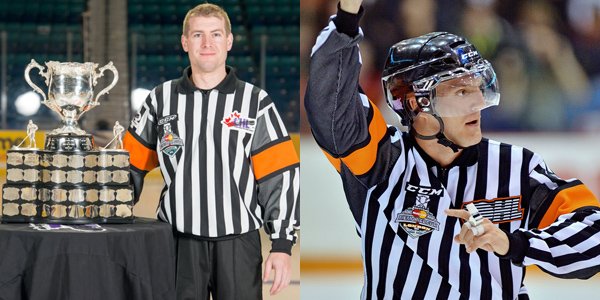 The OHL Exhibition Season begins on Saturday August 30 with the 2014-15 Regular Season opening on Wednesday September 24.