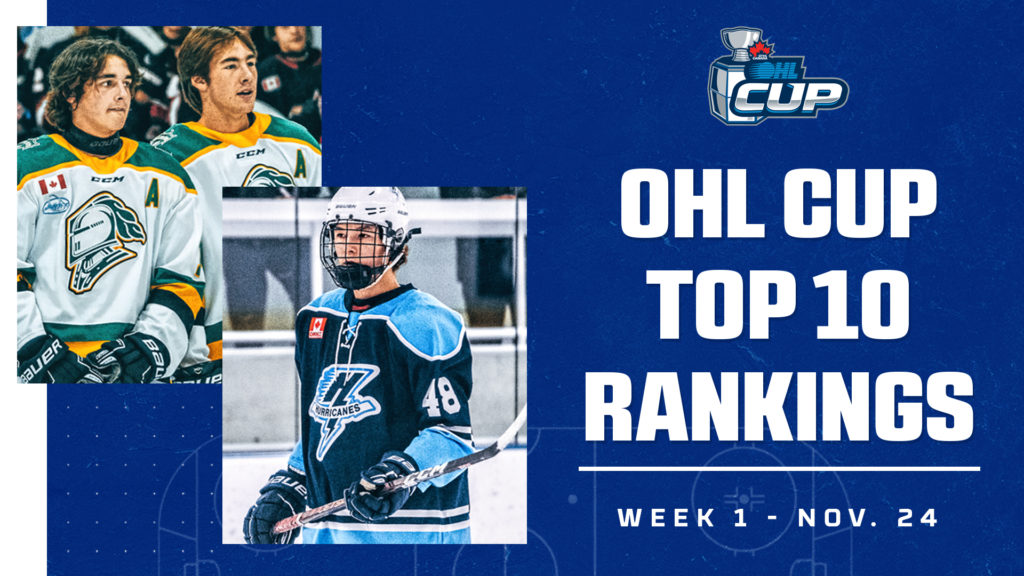 Toronto, Ont. – The 2022 Gloria Rints International Silver Stick is getting underway today in Whitby, Ont., marking a mid-season milestone on the road to the 2023 OHL Cup Showcase hosted by the Greater Toronto Hockey League that takes place from March 28 to April 3, 2023.

To celebrate the occasion of one of the season’s biggest U16 AAA tournaments, the OHL has released its first edition of the OHL Cup Top 10 Rankings, a list that will be released each Tuesday throughout the remainder of the season.

The 2023 OHL Cup will feature 20 teams consisting of talent eligible for the 2023 OHL Priority Selection. Starting with Wild Card Play-In matchups on Tuesday, March 28, all games will be played at the Scotiabank Pond in Toronto until the Championship Final moves to the Mattamy Athletic Centre on Monday, April 3.

History:
The OHL Cup returned in 2022 and did not disappoint as underage star Michael Misa turned heads, setting a new Showcase scoring record with 20 points (10-10–20) in seven games, capped by a hat-trick and five-point performance in a Mississauga Senators championship victory. The wild card entry Senators prevailed in the championship final over the Toronto Jr. Canadiens by a score of 6-2, finishing the tournament with a record of 6-1. Misa (Saginaw Spirit) and Mississauga Senators teammate Malcolm Spence (Erie Otters) would go on to be selected first and second overall in the 2022 OHL Priority Selection.