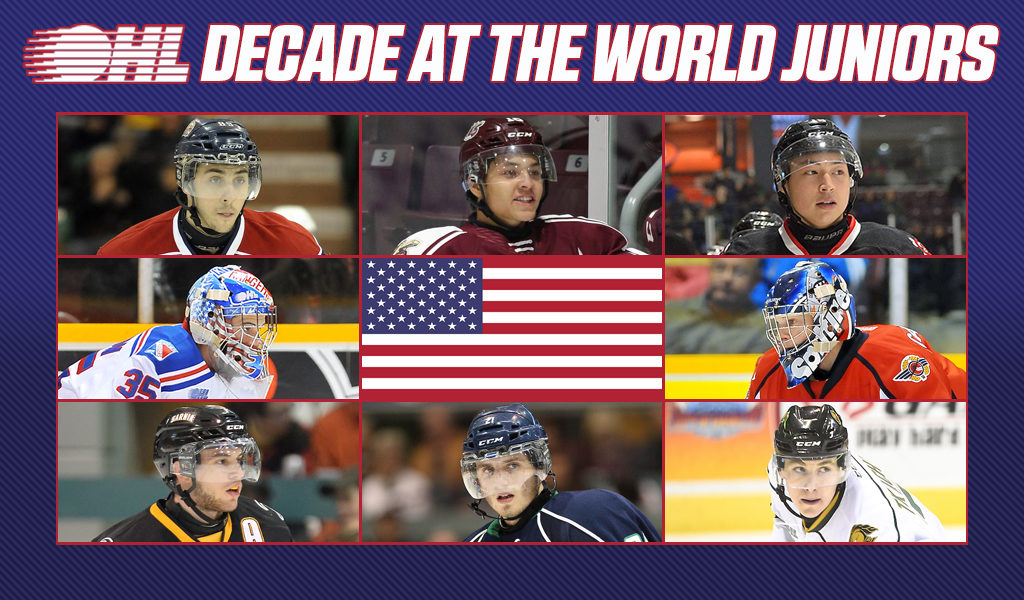 The well-documented ascension of the United States on the world hockey stage has featured a number of prominent OHL players along for the ride, helping the red, white and blue capture two golds and a total of six medals in the past decade.

Though Peterborough Petes scorer Nick Robertson won’t be available to the Americans due to his overriding commitment to attend Toronto Maple Leafs training camp, the U.S. will have a number of other offensive options in his absence. Returning first round NHL Draft picks in Trevor Zegras (Anaheim) and Alex Turcotte (Los Angeles) will both be leaned on up front alongside Montreal Canadiens draft pick Cole Caufield.

The United States will compete in Group B alongside Russia, Sweden, the Czech Republic and Austria.

Here’s a look at the OHL’s American World Junior footprint over the past decade: