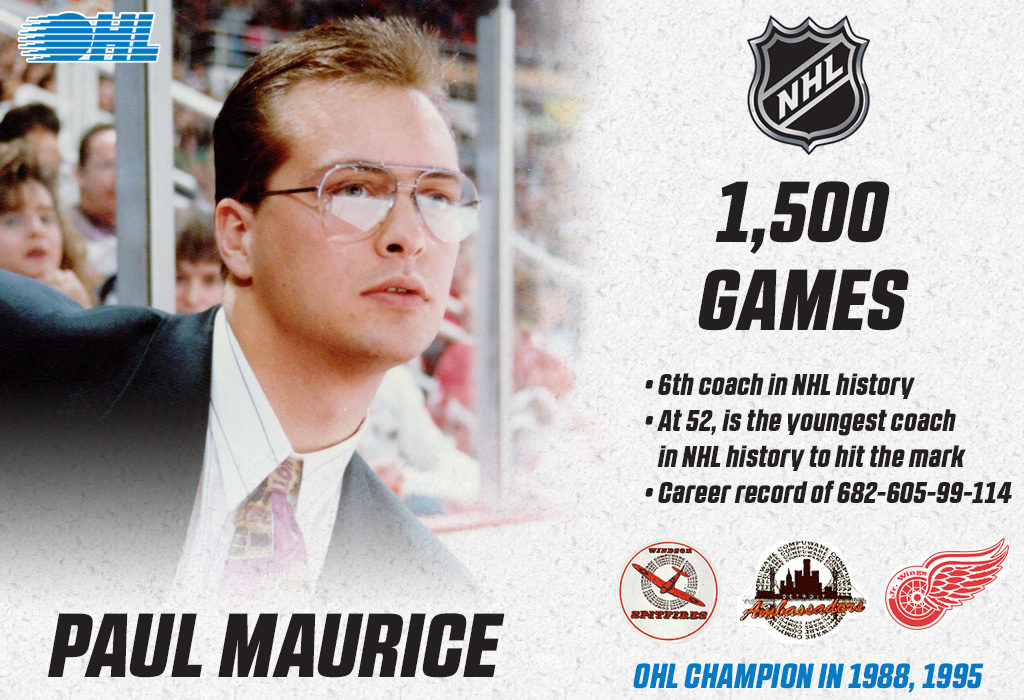 While the OHL specializes in developing student athletes for success both on the ice and in life, a number of the league’s coaches have also gone on to big things.

One such example is former Detroit Jr. Red Wings head coach Paul Maurice, who on Tuesday became the youngest coach in NHL history to work his 1,500th game behind the bench as his Winnipeg Jets fell to the San Jose Sharks 3-2 in overtime.

Congrats Paul Maurice on being just the sixth in @NHL history to coach 1,500 NHL games!

A 52-year-old native of Sault Ste. Marie, Ont., Maurice became the sixth-ever NHL coach to hit the mark, joining other names with OHL roots in Scotty Bowman and Joel Quenneville at the top of the list.

Maurice steered the Carolina Hurricanes to an Eastern Conference title and an appearance in the Stanley Cup Final in 2002 and has compiled a career regular season record of 682-605-99-114 over a span of 21 seasons between Hartford, Carolina, Toronto and Winnipeg.

Prior to his time in the NHL, Maurice played parts of four seasons as a defenceman with the Windsor Spitfires from 1984-88.  Captain of the 87-88 team, as an overager, Maurice gave up his captaincy and spot on the roster so the team could acquire overage goalie Pat Jablonski in the middle of the season. The move helped solidify the position and Jablonski was a key component of the championship run. Maurice served as an assistant coach for the remainder of that season as the Spitfires celebrated their first OHL title.  He served his first full season as an assistant coach in Windsor the next year before serving as an assistant with the Detroit Ambassadors from 1990-92.

Paul Maurice of the @NHLJets is set to become the sixth head coach in NHL history to serve 1,500 games behind an NHL bench (682-605-212 in 1,499 games). At age 52, he will become the youngest ever to reach the milestone. #NHLStats pic.twitter.com/4rMyr4OVZL

After one season as an assistant under Tom Webster with the Detroit Jr. Red Wings, Maurice took on the head job in 1993, reaching the OHL Championship Series before falling short against the North Bay Centennials. Maurice and the Jr. Red Wings would be back a year later though, defeating the Guelph Storm to hoist the J. Ross Robertson Cup in 1995.

Maurice has certainly made his mark on the game, assisting in the development of future NHL regulars in Bryan Berard, Todd Harvey, Jason York and Jamie Allison throughout his time in the OHL. 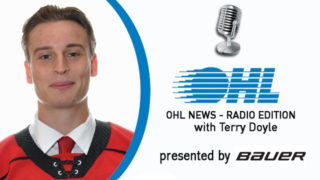 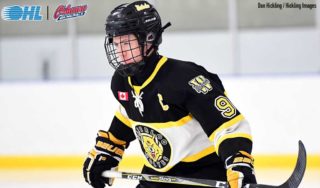