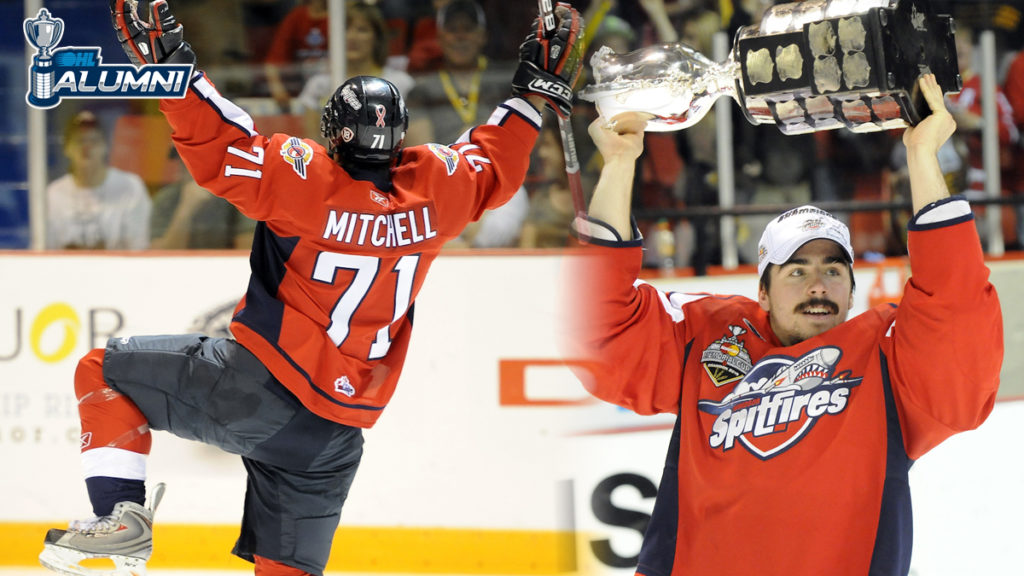 Mitchell, who has spent the past seven seasons playing professionally in Europe, wrapped up his final campaign with Denmark’s Odense Bulldogs, and will now turn his sights toward pursuing a career in firefighting.

Five of Mitchell’s eight seasons in Europe were spent with Odense where he won a Danish Cup championship in 2016. He led the league in scoring in both the 2015-16 and 2016-17 seasons.

“It made me enjoy hockey, especially when you have such a tough path in North America to begin your pro career,” said Mitchell of his experience in Denmark. “I didn’t really play much, I was in an out of the lineup at the AHL level and when I came here you find your groove again like you had when you were younger and the love of the game came back and I think that’s what I’ll always be grateful for.”

A native of Mississauga, Ont., Mitchell started his OHL career as a third round pick of the Oshawa Generals in the 2005 OHL Priority Selection. The energetic winger racked up 183 points (87-96–183) over three seasons with the Generals before joining the Spitfires as part of a trade that saw goaltender Michal Neuvirth go the other way. The Toronto Maple Leafs selected Mitchell with their third round pick in the 2007 NHL Draft.

Mitchell fit in nicely with the Spitfires, excelling on a line alongside Eric Wellwood and Scott Timmins. He scored 33 goals during the 2008-09 season before a tremendous playoff run that included 29 points (14-15–29) in 20 playoff games. He added 43 points (16-27–43) in 32 games in 2010-11 after being returned from the AHL’s Toronto Marlies as an overager. He chipped in 17 points (7-10–17) in the playoffs, helping the Spits hoist both the Robertson Cup and Memorial Cup for the second straight year.

“I don’t think I can just disappear from the game of hockey,” said Mitchell. “I’m going to get involved in youth hockey. Mark gave me the chance to do a little coaching this year and I really enjoyed it. I think it’d be fun to implement how I see the game or have fun with teenagers or young kids wherever it is where I’m living to stay involved.”