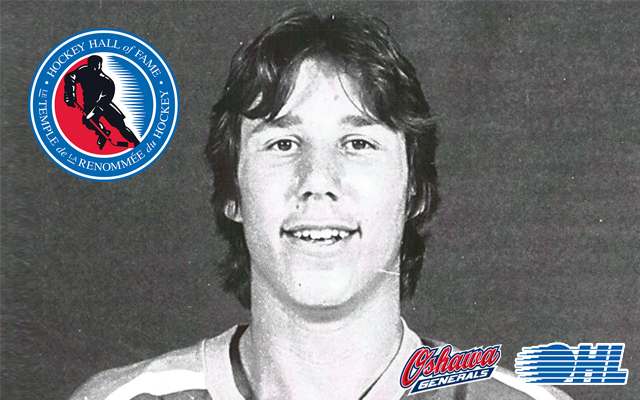 The Ontario Hockey League is proud to announce that OHL alumnus Dave Andreychuk has been elected to the Hockey Hall of Fame’s induction class of 2017.

A native of Hamilton, Ont., Andreychuk played in over 1600 NHL regular season games in his more than 20 years in the NHL. After being drafted by the Buffalo Sabres in the 1982 Entry Draft, Andreychuk played 11 seasons with the Sabres before being traded to the Toronto Maple Leafs where he scored 50 goals in the 1993-94 season. By his retirement in 2006, he scored 640 regular season goals, while adding 698 assists.

“When I look back I always think of hockey as a team game and it was never about me.” said Andreychuk.” As a player it is how we are taught and that makes this individual award even more unique.”

Established in 1943, the Hockey Hall of Fame’s (“HHOF”) mandate is to recognize and honour the achievements of players, builders and officials who bring special distinction to the game of hockey, and to collect, preserve, research and exhibit objects, images and resource materials connected with the game as it is played in Canada and throughout the world. As a non-profit corporation and a registered charity under the Income Tax Act, HHOF owns and operates a museum and place of entertainment offering state-of-the-art exhibits, multimedia presentations and educational programming from its premises at Brookfield Place, Toronto, Canada.