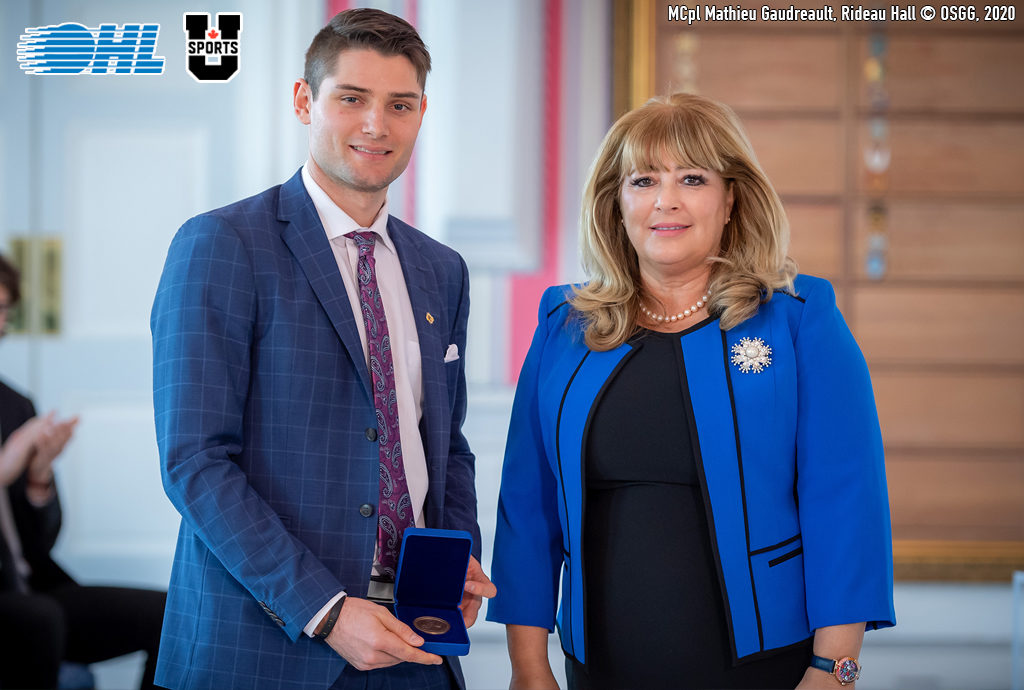 OTTAWA (U SPORTS) – The U SPORTS student-athletes announced earlier this month as Top 8 Academic All-Canadians for the 2018-19 season were honoured in Ottawa on Wednesday, January 22nd.

Former Kingston Frontenacs and Windsor Spitfires forward Slater Doggett of Queen’s University was among the recipients. The Oakville, Ont. native helped guide Queen’s to its first OUA Championship in 38 years, excelling both on the ice and in the classroom.

In the 2018-19 season, over 3,200 U SPORTS student-athletes achieved Academic All-Canadian honours, having maintained an average of 80 per cent or better over the academic year while competing for one or more of their university’s varsity teams.

Among these outstanding individuals, one female and one male student-athlete from each of the four U SPORTS conferences are selected annually to make up the Top 8.

“Our Academic All-Canadians across the nation are leaders on the field of play, in the classroom and in their respective communities,” said Dr. Annette Trimbee, Chair of the U SPORTS Board of Directors and President of the University of Winnipeg. “We are honoured to celebrate the success of the Top 8 with the Governor General’s office in our nation’s capital.”

As the official supporter of the student-athletes selected as Top 8 Academic All-Canadians, Sherrard Kuzz LLP is supporting the travel, accommodation and hospitality of the group prior to Wednesday’s Commendation at Rideau Hall. All eight student-athletes also received a customized ring from Baron, the Exclusive Provider of championship rings and recognition jewelry for U SPORTS.