OHL graduates in the running for 2019-20 NHL Awards 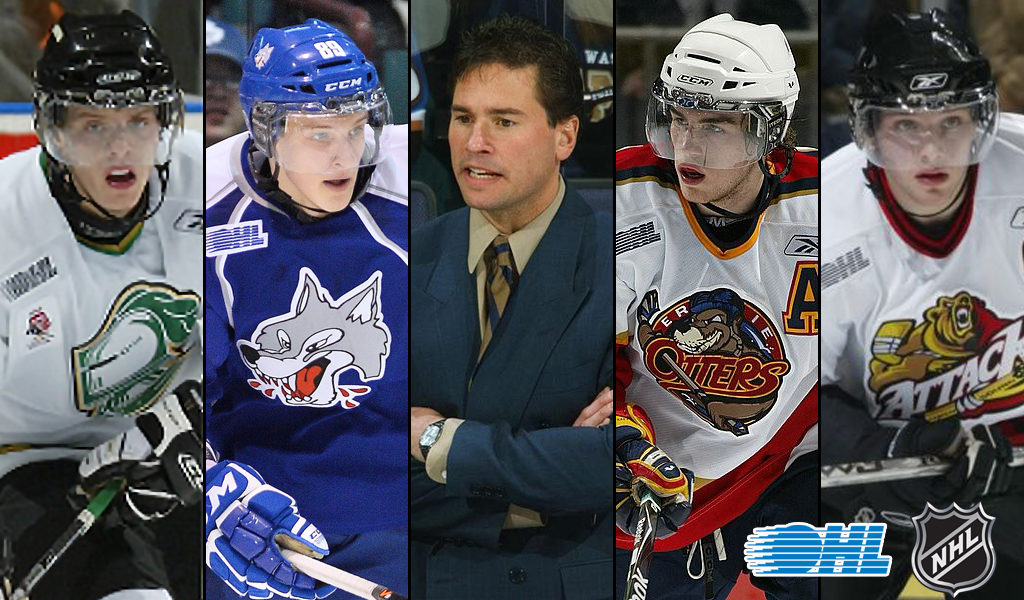 While a return to NHL action is right around the corner, the 2019-20 regular season is all wrapped up and year-end Awards finalists have been announced. Among them, several OHL graduates have been recognized for outstanding seasons.

The winners of the 2020 NHL Awards will be revealed during the Conference Finals in early September.

Norris Trophy (Defenceman of the Year):

John Carlson (Washington Capitals) – London Knights, 2008-09
The NHL’s top scorer among defencemen, John Carlson set a career-high with 75 points for the Washington Capitals this season. The 30-year-old was a key piece of Washington’s Stanley Cup title in 2018 and has spent all 11 seasons of his NHL career with the franchise after being a first round pick in the 2008 NHL Draft. Other candidates include Tampa Bay’s Victor Hedman and Nashville’s Roman Josi.

Calder Trophy (Rookie of the Year):

Dominik Kubalik (Chicago Blackhawks) – Sudbury Wolves/Kitchener Rangers, 2012-14
Czech winger Dominik Kubalik burst onto the NHL scene to score 30 goals as a rookie with the Chicago Blackhawks. Following six seasons playing pro overseas, Kubalik broke in as a 24-year-old and didn’t disappoint, finishing with 46 points (30-16–46) in 68 games. Other candidates for the Calder Trophy include Vancouver’s Quinn Hughes and Colorado’s Cale Makar.

Bruce Cassidy (Boston Bruins) – Ottawa 67’s, 1982-85 (player) / Kingston Frontenacs, 2006-08 (coach)
Former OHL Rookie of the Year Bruce Cassidy led the Boston Bruins to their first Atlantic Division title since 2014, leading them into the NHL Playoffs for the fourth consecutive year in his tenure as head coach. Cassidy, who was a talented defenceman for the Ottawa 67’s and enjoyed a lengthy pro career, also spent time behind the bench for the Kingston Frontenacs from 2006-08. The Bruins played to an overall record of 44-14-12. Other finalists for the Jack Adams Award include Columbus’ John Tortorella and Philadelphia’s Alain Vigneault.

Ryan O’Reilly (St. Louis Blues) – Erie Otters, 2007-09
Reigning Conn Smythe Trophy recipient and 2019 Stanley Cup champion Ryan O’Reilly is in the running for two major awards including the Lady Byng and Frank J. Selke trophies. O’Reilly recorded 61 points (12-49–61) over 71 games while recording just 10 penalty minutes and a plus/minus rating of plus-11. The Clinton, Ont. native is recognized as a first rate faceoff-man and penalty killer. O’Reilly won the Lady Byng in 2014 as well as the Selke during the 2018-19 season. Other finalists for the Lady Byng include Colorado’s Nathan MacKinnon and Toronto’s Auston Matthews. Other finalists for the Selke include Boston’s Patrice Bergeron and Philadelphia’s Sean Couturier.

Bobby Ryan (Ottawa Senators) – Owen Sound Attack, 2003-07
Former Owen Sound Attack star Bobby Ryan is a finalist for the Masterton Trophy after an extended leave of absence from the Ottawa Senators in November to enter the NHL/NHLPA player assistance program. The forward returned against the Nashville Predators on Feb. 25, and two days later, he scored a hat trick in his first home game back, a 5-2 win against the Vancouver Canucks. Ryan played in Ottawa’s final eight games before the season was paused on March 12 due to concerns surrounding the coronavirus, scoring four goals while averaging 16:03 of ice time. The 33-year-old Ryan is joined by fellow finalists Stephen Johns of the Dallas Stars and Oskar Lindblom of the Philadelphia Flyers.

Finalists for the Jim Gregory General Manager of the Year Award and King Clancy Memorial Trophy will be announced at a later date. Only a winner will be named for this season’s Mark Messier NHL Leadership Award.