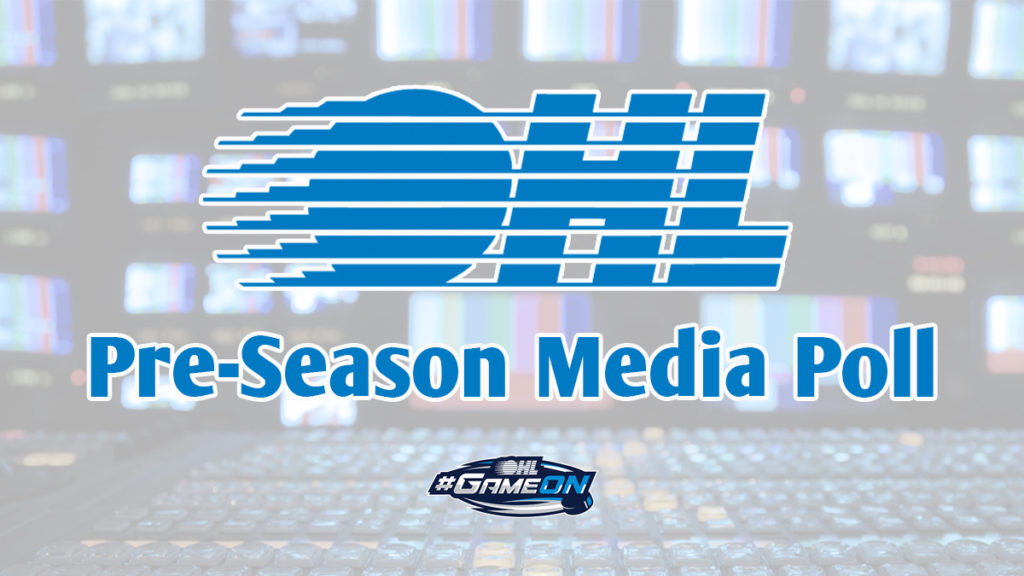 With the launch of #OHLOpeningWeek, a poll of various media who cover the League in broadcast booths and press boxes provides opinions and analysis on some of the players and teams to watch in 2021-22 as the League returns to action.

“I think they’ll be challenged by Kitchener and both Erie and Owen Sound will be a tough two points, but it’s hard to bet against Dale Hunter and the talent that Mark Hunter and his staff discover and put out on the ice every year.”

“This is a wide open race, but I like the Spits as a pre-season favourite. They have a deep lineup and were already trending in the right direction pre-pandemic. Goaltending will be a key for them.”

“A team built for this year. Will be adding more as the season progresses to take advantage of what is sure to be Shane Wright’s last year.”

“Adding an accomplished coach in Marty Williamson to a promising Barrie group will lead to good things for the Colts. There’s a lot of depth here and with Clarke quarterbacking their power play, I think they could be a lot of fun to watch.”

“There’s a lot to like with the Otters. Campbell is a more than capable goaltender, Lockhart is going to surprise some people with his offensive output and they could have something special with Sova.”

“This is a very young team, but a team with a ton of talent. They have veteran leadership on the back-end, a quality starting goaltender and the addition of Danil Gushchin should help stabilize their scoring. I expect they’ll improve as the season progresses.”

“This is a different team than the one they had pre-pandemic. Some real workers up front to compliment the added skill of Petrov. Vrbetic could be one of the league’s best this year, and I think Nelson’s enthusiasm could really transform the group.”

Which player will lead the League in scoring?

“He’s the OHL’s most dynamic player and if they play him alongside a guy like Chromiak that could mean big numbers.”

Who will be the League’s best goaltender?

“An easy guy to cheer for. His rookie performance has me believing in him.”

Who will be the League’s best defenceman?

“When you pair his skills and offensive ability with the guys he’s going to be sharing the ice with, there’s no reason to think Clarke won’t flirt with 100 points this season.”

Who will be the League’s top rookie?

“Seems like the total package. Had a terrific pre-season and can see it carrying over.”

“He has proven he can win at the OHL level, and he has all the support in the world to do that this year in Barrie. His style of coaching fits the league really well.”

Who will be the League’s top prospect for the 2022 NHL Draft?

“I really don’t think there’s much of a debate here.”

Who will be the League’s most outstanding player of the year?

“No reason to think Shane won’t be a serious contender for the Red Tilson this year.”

“It’s been awhile since the Spitfires made it this far, but I think they have the core to be in the conversation this year.”

“If they can get the goaltending, I think the Colts have a real shot at winning the East.”

“They’ve got a proven coach and elite talent at both forward and defence. A few mid-season moves could put them over the top and turn them into a championship contender.”