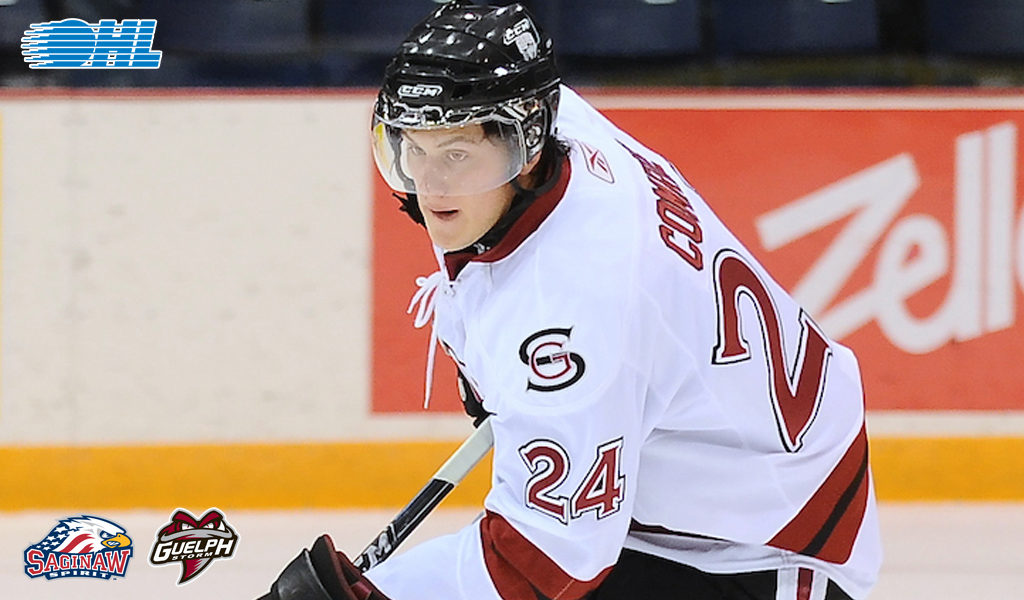 The Ontario Hockey League family is deeply saddened by the sudden and tragic loss of former Saginaw Spirit and Guelph Storm defenceman Adam Comrie who has passed away at the age of 30.

Comrie’s Austrian professional club Klagenfurter AC reported Saturday that the defenceman had been involved in a fatal motorcycling accident in the state of Virginia on Friday night.

Comrie, who was born in Kanata, Ont. but moved south of the border to Ashburn, Va. prior to being selected in the ninth round of the 2006 OHL Priority Selection by the Saginaw Spirit, spent the 2019-20 season with Klagenfurter AC. He led the club to a league title in 2018-19, scoring the overtime game winner to push them past the Vienna Capitals for the franchise’s 31st championship.

The 6-foot-5 left-handed shooting defenceman was a veteran of over 700 professional contests between 2010 and 2020 including 302 in the American Hockey League after being a third round pick of the Florida Panthers in the 2008 NHL Draft.

The Ontario Hockey League offers its deepest condolences to Adam’s friends and family at this most difficult time.

The Storm are deeply saddened to hear about the loss of Adam Comrie. Our thoughts and prayers are with Adam’s family and friends during this difficult time. https://t.co/T9JoIrh4xr