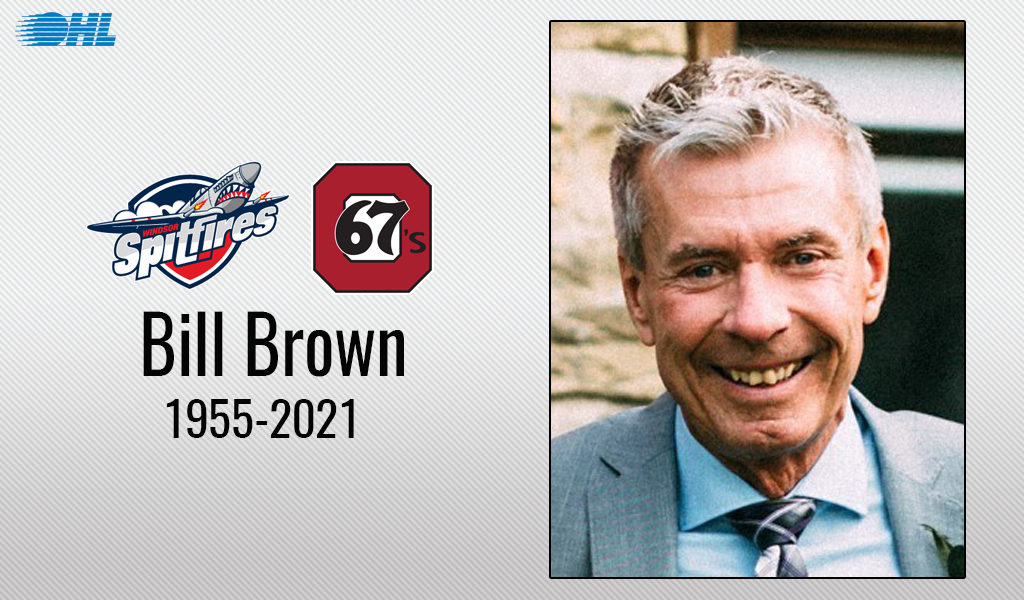 The OHL is saddened by the loss of former Windsor Spitfires and Ottawa 67’s scout Bill Brown who passed away following a lengthy battle with pancreatic cancer on Sunday at the age of 66.

A native of Listowel, Ont., Brown’s scouting work helped the Spitfires win back-to-back Memorial Cup titles in 2009 and 2010. He was a part of Windsor’s scouting staff from 2008-13 before returning at the outset of the 2015-16 season.

In recent years, Brown had served as head coach of the Kincardine Bulldogs Jr. C club and steered the Wingham Ironmen to a Western Junior C title in 2014.

The League sends thoughts and condolences to Bill’s family and friends. Funeral arrangements and memorial donations can be found at eatonfuneralhome.ca.