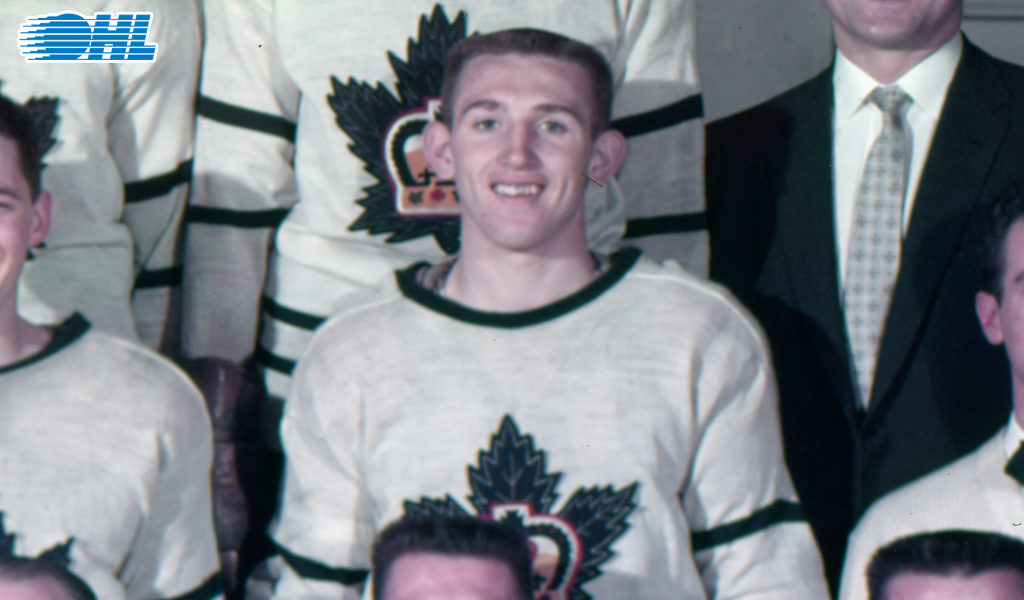 The Ontario Hockey League is saddened by news of the loss of long-time NHL forward and Toronto Marlboros graduate Bob Nevin who passed away on Monday at the age of 82.

A native of South Porcupine, Ont., Nevin was a fan favourite with the Toronto Maple Leafs, helping them win Stanley Cup titles in 1962 and 1963 as part of a 16-year NHL career. Following the two cups, Nevin was part of a substantial trade, joining Arnie Brown, Bill Collins, Dick Duff and Rod Seiling in heading to the New York Rangers for star winger Andy Bathgate and forward Don McKenney. Nevin served as captain of the Rangers for several seasons and also made career stops in Minnesota and Los Angeles. He retired following one season with the WHA’s Edmonton Oilers in 1976-77. In all, Nevin racked up 307 goals, 419 assists and 726 points over 1,128 career contests.

He is recognized as one of the top 100 Maple Leafs and Rangers of all time.

Prior to his time in the NHL, Nevin hoisted the Memorial Cup as a member of the 1956 Toronto Marlboros. He spent three full seasons with the Marlies, putting up 210 points (111-99–210) over 152 games as he skated alongside such names as Bob Pulford, Bob Baun and Walt Boyer under the coaching of Turk Broda.

Nevin resided in Toronto following his retirement. He’s survived by his wife Linda.

For more on the life and career of Bob Nevin, visit NHL.com.

We are deeply saddened to learn of the passing of Bob Nevin. pic.twitter.com/0VtHqPSE6n

The Rangers are saddened to learn of the passing of Bob Nevin. A captain and fan favorite during his tenure with NYR, his honest, two-way play and leadership earned him the respect & admiration of teammates & fans alike. Our thoughts are with Bob’s wife, Linda, and his family. pic.twitter.com/Vv2RP9NhZD

Bob Nevin, who played three seasons with the LA Kings, has passed away. While playing for the LA Kings, Nevin recorded a personal best 72 points in a season.

Our sincere condolences go out to the Nevin family. pic.twitter.com/tCaR5PNOun