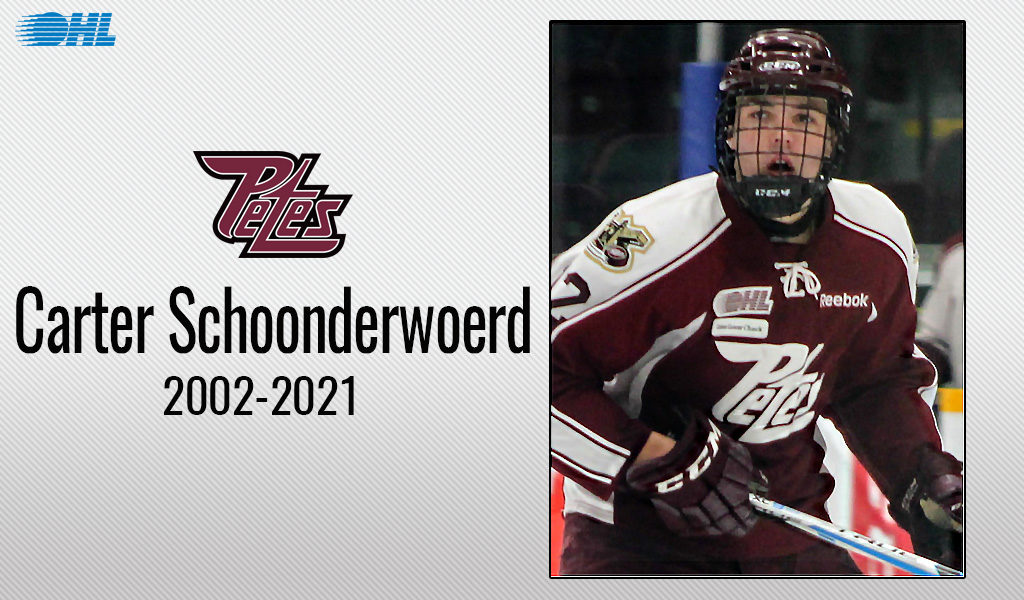 The Ontario Hockey League is saddened by news of the passing of Peterborough Petes prospect Carter Schoonderwoerd.

A 19-year-old from Mitchell, Ont., Schoonderwoerd was selected by the Petes in the 11th round (203rd overall) of the 2018 OHL Priority Selection from the Huron-Perth Lakers U16 program where he served as team captain. The 6-foot-4, 216Ib. winger spent the 2018-19 season with the St. Marys Lincolns Jr. B program before splitting the 2019-20 campaign between the Lincolns and the Stratford Warriors.

During his time at Petes Training Camp in 2018, Schoonderwoerd credited his parents for supporting his hockey dreams, and shared gratitude for his mom’s delicious pregame pasta. To the Petes staff, he revealed that some of his favourite things to do included playing basketball, soccer and hitting the waves on his Sea-Doo with friends.

The Ontario Hockey League as well as the Petes organization extend condolences to the entire Schoonderwoerd family, Carter’s past and present teammates, his friends and the Stratford hockey community.