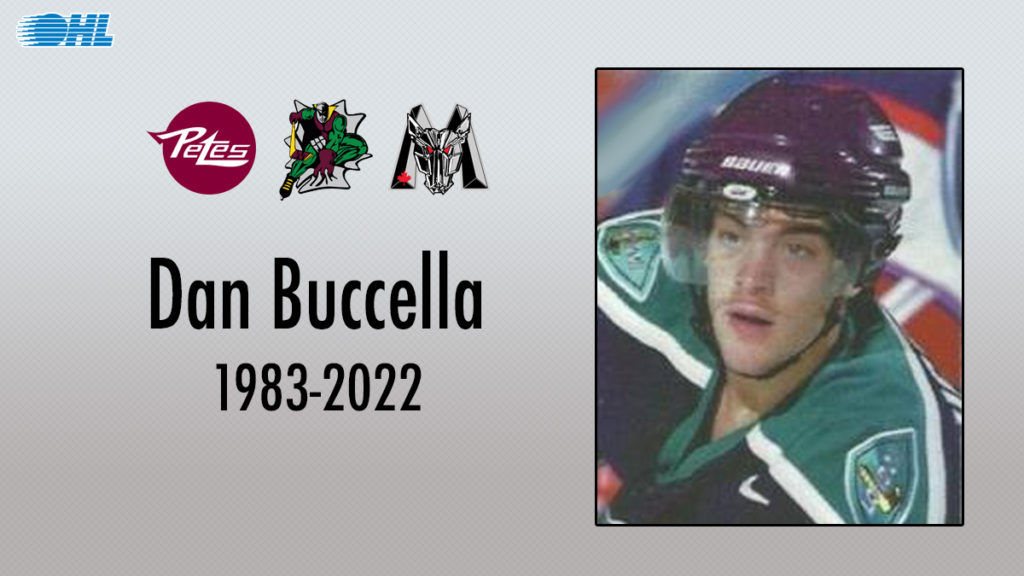 The Ontario Hockey League is saddened by news of the passing of alumnus Dan Buccella, who died Sunday in Birmingham, Alabama following a battle with leukemia at the age of 39.

The Woodbridge, Ont. native played three OHL seasons with the Peterborough Petes, London Knights and Mississauga IceDogs from 2000-03, before embarking on a lengthy minor pro career spent largely in the SPHL where he won a championship with the Pensacola Ice Flyers to wrap up his playing career in 2013.

Buccella, whose #47 is retired by the Pensacola Ice Flyers, had been living in Florida. He leaves behind a wife and two young sons. The OHL sends thoughts and condolences to his family and friends at this difficult time.

It is with incredible sadness to hear about the passing of one of our beloved Ice Flyers, Dan Buccella. Bucky was an incredible teammate, leader, friend and family man. He fought so hard and will be forever missed! pic.twitter.com/C1yqaU997z