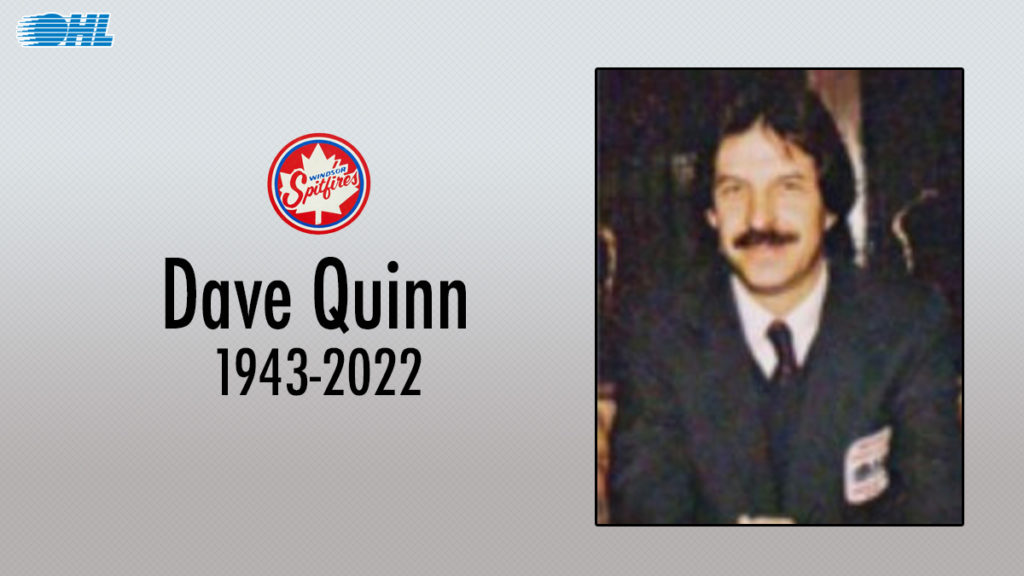 The Ontario Hockey League is saddened by the loss of former Windsor Spitfires voice and former OHL Game of the Week play-by-play broadcaster Dave Quinn who has passed away at the age of 79.

Known to many as ‘Quinner’, Dave became an iconic voice at NEWSTALK 1010 CFRB in Toronto after getting his start as the first radio voice of the Windsor Spitfires on Radio 94 CKLW FM, serving as Sports Director at the station. He’d also join long-time OHL builder and General Manager Sherry Bassin on Global TV broadcasts, bringing fans the OHL Game of the Week with his play-by-play call.

The League extends condolences to Dave’s family and friends following this difficult loss. He was a tremendous supporter of the Ontario Hockey League.