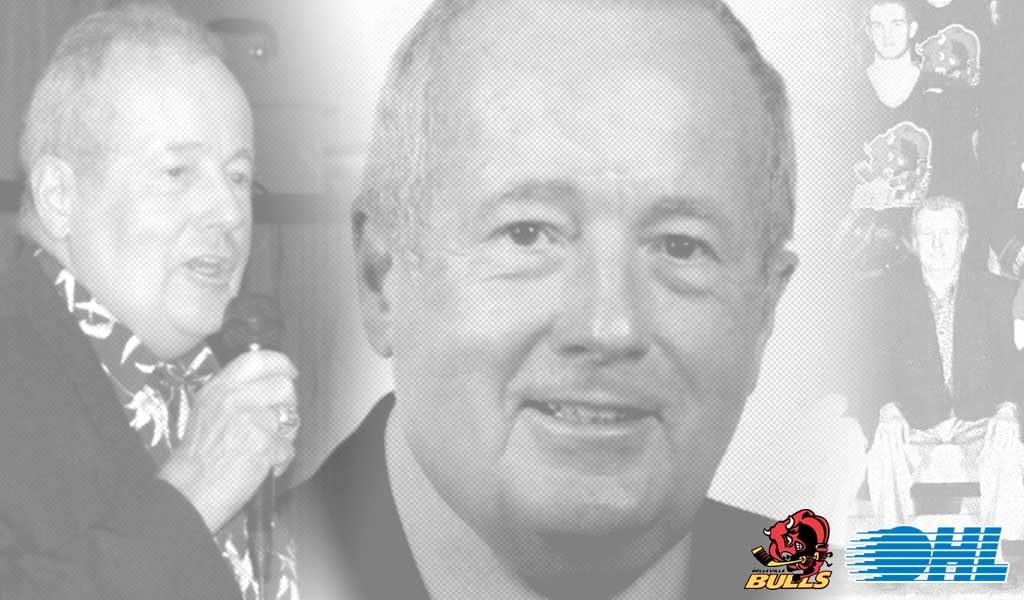 The Ontario Hockey League family is deeply saddened by the loss of long-time OHL builder and founder of the Belleville Bulls Dr. Robert Vaughan who passed away on Wednesday in Belleville at the age of 81 following a battle with lung disease.

Dr. Vaughan brought the Bulls to Belleville as a Junior A franchise in 1979 before the club officially joined the Ontario Hockey League to begin the 1981-82 campaign. He owned the team for 23 seasons until 2004, serving on the OHL Executive Council for 15 years including 10 as Chairman of the Board.

https://t.co/pK2ytzR6Ak The “Father” of the Belleville Bulls Dr. Bob Vaughan passes away

On the ice, Dr. Vaughan’s Bulls captured an OHL Championship in 1999, the same year he generously donated both the Bobby Orr and Wayne Gretzky Trophies to the Ontario Hockey League to be presented to the League’s Eastern and Western Conference Champions.

Throughout his time as Owner and Governor of the Belleville Bulls, Dr. Vaughan oversaw the development of future NHL standouts in Daniel Cleary, Darren McCarty, Dan Quinn, Jonathan Cheechoo, Richard Park, Matt Stajan and Kyle Wellwood among several others.

Originally born in Ottawa, Ont., he attended elementary school in Belleville and was a graduate of Belleville Collegiate Institute. Following a post secondary education at Queen’s University and Royal Canadian Air Force postings in British Columbia and West Germany, Dr. Vaughan set up a medical practice in Belleville.

Known to many as ‘Doc’, Dr. Vaughan was a community contributor, serving on Ameliasburgh Township council in the 1970s while also running for a seat on Parliament Hill as the Liberal candidate for Prince Edward – Hastings in 2006. He was inducted into the Belleville Sports Hall of Fame in 1993, the same year he was awarded the OHL’s prestigious Bill Long Award for Distinguished Service.

Community | It is with deep sadness we have learned of the passing of Dr. Robert Vaughan.
Our thoughts are with his friends and family at this time and in respect for Dr. Vaughan, the flag at City Hall will be lowered in his memory. #BellevilleON

In 2017, the Dr. Robert L. Vaughan Atrium was officially unveiled at the Quinte Sports & Wellness Centre, a site that hosts the relocated Belleville Sports Hall of Fame.

For more on the life and legacy of Dr. Robert Vaughan, visit the Belleville Intelligencer.