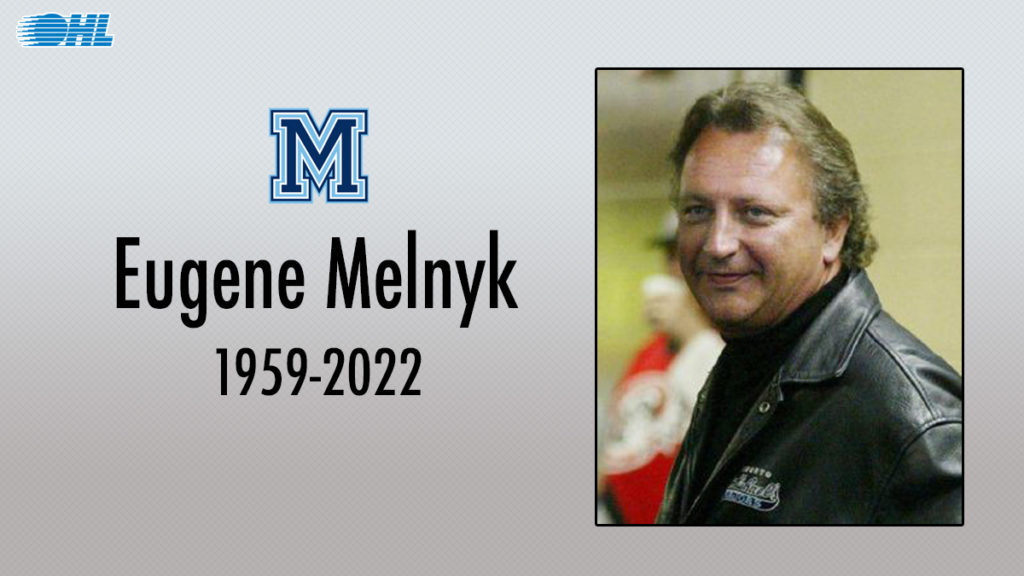 The Ontario Hockey League is mourning the sudden loss of a former owner and prominent member of the hockey community. Eugene Melnyk, a Canadian businessman, philanthropist and owner of the NHL’s Ottawa Senators, passed away on Monday at the age of 62.

“Eugene was a passionate hockey fan and supporter of our great game as evidenced by his ownership of the Toronto St. Michael’s Majors and Mississauga St. Michael’s Majors,” said OHL Commissioner David Branch. “His desire to see the game thrive and develop not only in the Ontario Hockey League, but at all levels, will be long remembered and appreciated by so many. The OHL sends its heartfelt condolences to Eugene’s daughters, Anna and Olivia, his extended family, and the many lives Eugene touched through his charitable endeavours.”

An alumnus of St. Michael’s College School, Melnyk became owner of the Toronto St. Michael’s Majors in 2001, overseeing the team during four consecutive trips to the Eastern Conference Championship Series. He also served as owner of the Mississauga IceDogs for one season in 2006-07 prior to the franchise’s move to Niagara where they continue to play today.

Melnyk maintained ownership of the Mississauga St. Michael’s Majors until 2012 as the franchise missed the playoffs just once in his 11-year tenure. He transferred the team from St. Michael’s College School Arena into what is today called the Paramount Fine Foods Centre, home of the Mississauga Steelheads. Melnyk’s Majors won an Eastern Conference Championship and reached the Memorial Cup Final as hosts in 2011 before he sold the franchise to its current owner, Elliott Kerr.

Melnyk owned the Ottawa Senators since 2003. His company, Capital Sports & Entertainment, also owns and operates the Canadian Tire Centre arena and manages Sensplex properties in Ottawa. Under his ownership, the Senators reached the Stanley Cup Final in 2007 as well as the Conference Finals in 2017.

For more on the life and career of Eugene Melnyk, visit nhl.com/senators.