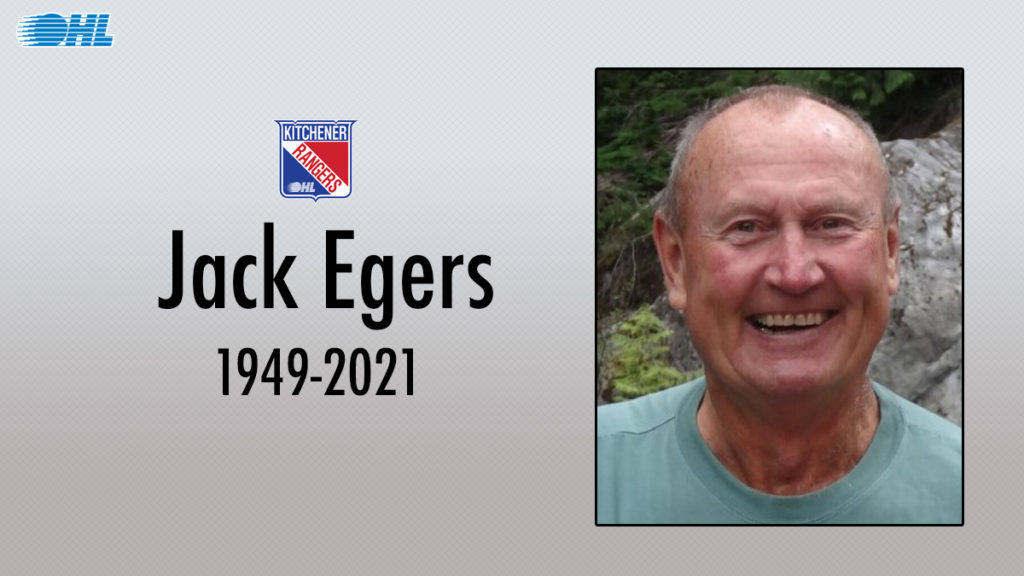 The Ontario Hockey League is mourning the loss of former Kitchener Rangers forward and 284-game NHL veteran Jack “Smokey” Egers who passed away on September 10th at the age of 72.

Originally from Lively, Ont., Egers moved away from home at the age of 15 to play for the Rangers, a team featuring other eventual NHL talent in Don Luce and Mike Robitaille. A fourth round pick of the New York Rangers in 1966, Egers racked up 90 points (53-37–90) during the 1967-68 season before graduating to the pro ranks where he’d put in two impressive campaigns with the CHL’s Omaha Knights before an NHL tenure that spanned parts of seven seasons.

Egers’ most productive years came as a member of the St. Louis Blues where he scored 21 goals and 24 goals during the 1971-72 and 1972-73 seasons respectively. He was also a member of the original Washington Capitals squad after being selected in the 1974 NHL Expansion Draft.

Upon retirement in 1976, Egers brought his family back to Canada where he became a firefighter with the Kitchener Fire Department, ultimately ascending to the rank of Captain.

Jack is survived by his wife Wendy, son Mark and daughter Cori, four granchildren and one great-grandchild.

In lieu of flowers, please consider a donation to the Canadian Pulmonary Fibrosis Foundation in Jack’s memory.

For more on the life and career of Jack Egers, click here.