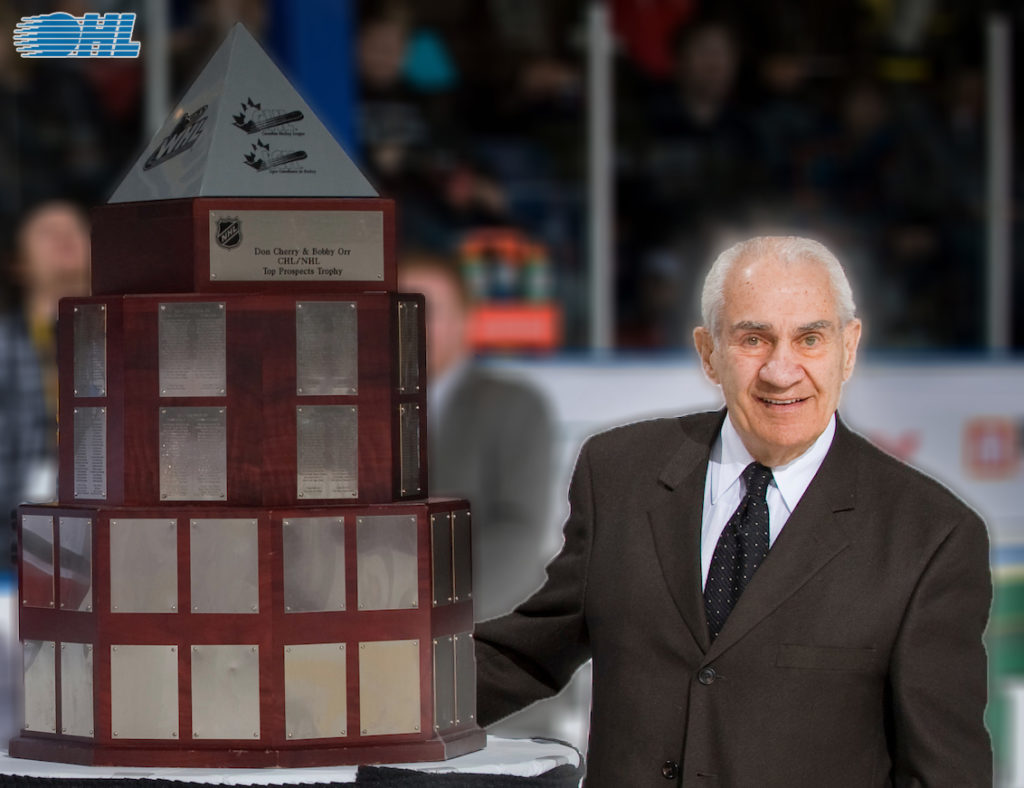 The Ontario Hockey League family is mourning the loss of one of hockey’s great builders.

Known as a hockey ambassador around the globe, Gregory got his start with the OHA’s St. Michael’s College School and Toronto Marlboros before serving as general manager of the Toronto Maple Leafs from 1969-79. He then transitioned into an executive role with the National Hockey League, one that spanned the course of four decades.

“The Ontario Hockey League and our great game has lost one of its true builders and ambassadors with the passing of Jim Gregory,” said OHL Commissioner David Branch. “Jim’s contributions and his care and support for so many people who he came into contact with throughout his life cannot be overstated.  Our thoughts and prayers are with Jim’s family during this most difficult time.  He will be greatly missed by all.”

The National Hockey League and the entire hockey family have lost one of the most beloved men ever to have served the game. https://t.co/JBZhHF25Hh pic.twitter.com/VnV4kVQKY6

Some of Gregory’s most notable contributions to the game include being among the first NHL general managers to sign and import players from Europe while also overseeing the advent of video goal review in his role as the NHL’s Sr. Vice President of Hockey Operations.

Born in Port Colborne, Ont. before growing up in nearby Dunnville, Gregory got his managerial start with the OHA’s St. Michael’s College School and Toronto Marlboros, guiding both teams to great success. He won both the J. Ross Robertson Cup and Memorial Cup in a managerial capacity alongside Father David Bauer at St. Michael’s in 1961, again as coach of the Marlboros in 1964 and then assumed a managerial role with the Marlboros to hoist them a third time in 1967.

Gregory served as Chairman of the Hockey Hall of Fame’s Selection Committee from 1998-2014 and was a Distinguished honouree of the Order of Hockey in Canada in 2015.

The Maple Leafs are deeply saddened to learn of the passing of former general manager Jim Gregory.

Our thoughts are with his family during this difficult time.

Announced this past August, the Ontario Hockey League has established a new award for the 2019-20 season, recognizing the general manager who best excelled at his role during the regular season with the Jim Gregory General Manager of the Year Award. The recipient will be chosen by the league’s 20 general managers and a panel of print and broadcast media.

In 2012, the Canadian Hockey League announced that the player of the game awards at the annual Kubota CHL/NHL Top Prospects Game would be named in his honour.

Jim Gregory was the devoted husband of Rosalie for 60 years, the father of Andrea, Valerie, Maureen and David and was also a grandfather of 13.

For more on the life and career of Jim Gregory, visit NHL.com.