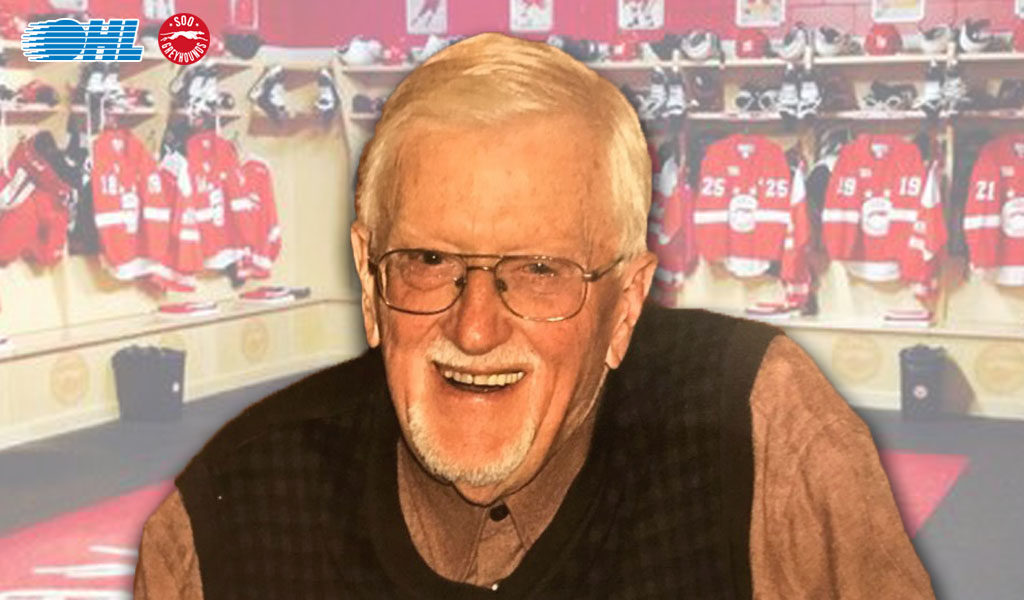 The Ontario Hockey League is saddened by the loss of former Soo Greyhounds president and franchise builder Jim McAuley who passed away on Saturday at Sault Area Hospital at the age of 84.

A well-known community figure, volunteer and philanthropist, McAuley was instrumental in bringing the Soo Greyhounds into the OHA ranks in 1972, and served as the club’s president for nearly 20 years. He was also a valuable member of both the League’s Board of Governors as well as the Executive Council.

“Jim made a significant contribution to the Soo Greyhounds franchise in our earliest years,” said Greyhounds president and governor Tim Lukenda. “He was a great man who was always a strong advocate for the city of Sault Ste. Marie and our organization.”

A successful businessman and property developer, McAuley was presented with the Queen’s Golden Jubilee Medal in 2002 for his commitment to Sault Ste. Marie through his entrepreneurial endeavours and community involvement. He also received the Sault Ste. Marie Chamber of Commerce President’s Award in 2007. Over the years, he made financial contributions to the local hospital, Algoma University, Sault College and was an active member of the Kiwanis Club of Sault Ste. Marie.

“He was a calming, common-sense, salt-of-the-earth person that, as young people, we trusted,” former Hounds defenceman and long-time NHL blueliner Craig Hartsburg told the Sault Star’s Peter Ruicci. “When he was around, you felt in good hands. He was a man of his word and when he said something, you took it to heart. His presence was felt by everybody.”

McAuley was a widowed father of three children and a grandfather of five.

The Ontario Hockey League sends thoughts and condolences to Jim’s family and the countless people in the Sault Ste. Marie community that he impacted in his many years of service.

“Jim was always sensitive to the care of people and the game,” said OHL Commissioner David Branch. “We remember not only his accomplishments while serving the League and the Greyhounds, but the special way he did it.”

For more on the life and career of Jim McAuley, visit The Sault Star.