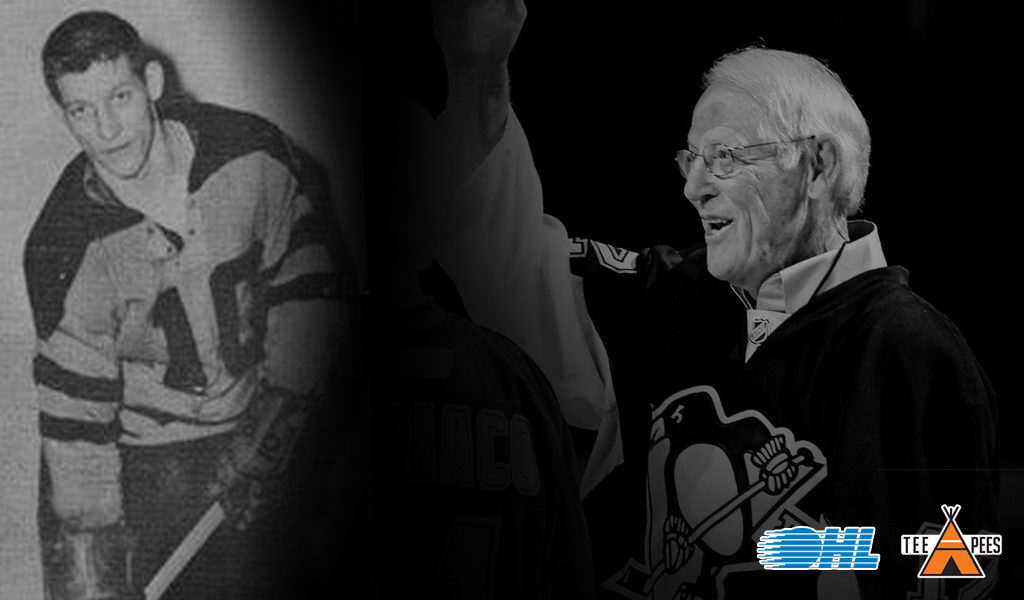 The Ontario Hockey League is saddened upon hearing news of the loss of former long-time NHL forward and St. Catharines Teepees graduate Ken Schinkel who has passed away at the age of 87.

Born in the Niagara community of St. Anns., Schinkel was a member of the 1952-53 St. Catharines Teepees where he’d put up 43 points (21-22–43) in 56 games. The Teepees would go on to hoist the Memorial Cup the following season following Schinkel’s graduation.

An original Pittsburgh Penguin in 1967 who also went on to coach the club, Schinkel played a total of 12 NHL seasons after breaking in with the New York Rangers in 1959. He’d amass 325 points (127-198–325) over 636 career regular season games between the Rangers and Penguins while also suiting up in 19 career playoff contests. Schinkel also played parts of 10 American Hockey League seasons spent with the Syracuse Warriors, Springfield Indians and Baltimore Clippers.

Schinkel was the first player in Penguins franchise history to be selected to an NHL All-Star Game and also became the first Penguin to score a post-season hat-trick, doing so against the Oakland Seals in Game 3 of the 1970 Quarter-Finals. In his final NHL season, Schinkel was famously lined up alongside Ron Schock and Eddie Shack in 1971-72 to form the phonetic-friendly ‘Schink-Schock-Shack’ line.

Schinkel stepped behind the bench midway through his final NHL season in 1972-73 at the age of 40. He took over as head coach on Jan. 13, 1973 and held that position over parts of four seasons in two different stints. Following his resignation, Schinkel held a variety of front office positions with the franchise before joining the Hartford Whalers in 1989.

For more on the life and career of Ken Schinkel, visit The Pittsburgh Tribune.

We’re deeply saddened by the passing of an original member of the Pittsburgh Penguins, Ken Schinkel.

Schinkel played for the Penguins starting in 1967, but also served as head coach and head scout.

Our thoughts are with his family during this difficult time. pic.twitter.com/WRCPU7entV