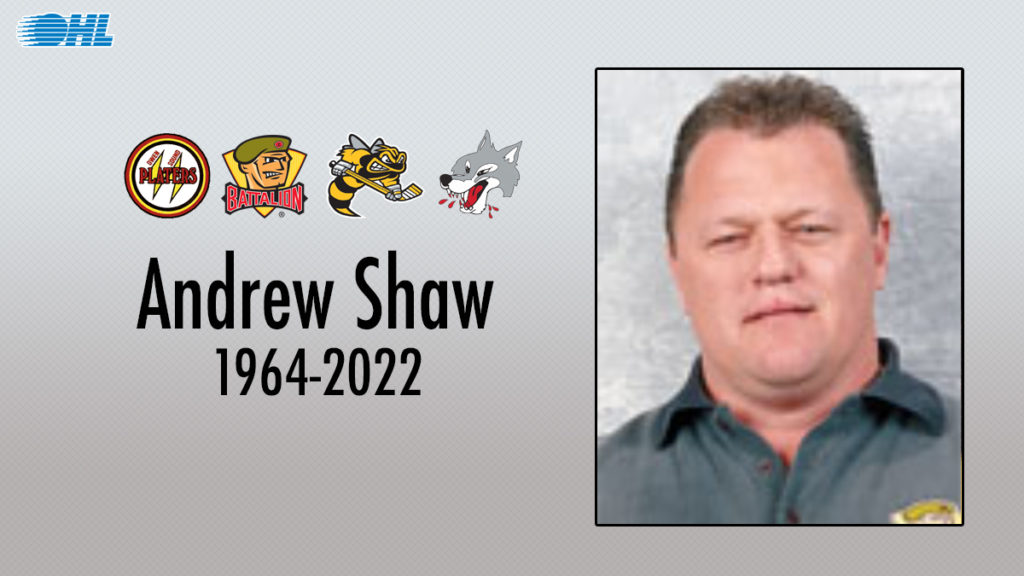 The Ontario Hockey League is mourning the loss of a long-time scout and former billet. Andrew Shaw passed away on Friday at his home in Sarnia. He was 58 years-old.

Originally hailing from Northern Ireland, Shaw’s scouting involvement spanned over 30 years between the OHL and the National Hockey League. He most recently served as an Ontario-based amateur scout for the Edmonton Oilers. His other NHL assignments have included 12 seasons as an amateur scout with the Columbus Blue Jackets that resulted in the selection of names like Marc Methot (London Knights, 2003), Dalton Prout (Barrie Colts, 2010) and Josh Anderson (London Knights, 2012). Shaw also spent two years as an amateur scout with the Boston Bruins.

Shaw’s OHL involvement spans back to the early 1990’s, getting his start as a scout with the Owen Sound Platers before joining the Brampton Battalion in their inaugural season and remaining with the franchise for six years. He additionally worked for his hometown Sarnia Sting, serving as the club’s director of player personnel. Shaw served as head scout of the Sudbury Wolves for three seasons from 2012-15, drafting eventual NHL talents in Kyle Capobianco (7th overall, 2013) and Michael Pezzetta (11th overall, 2014).

In addition to scouting, Shaw and his wife Sandy served as a Sarnia Sting billet family, welcoming such prominent names as Steven Stamkos and Connor Murphy into their home.

The OHL sends thoughts and condolences to the Shaw family and the many people Andrew impacted throughout his many years around the rink.

He was an amazing person. Always had a smile on his face. Forever grateful to him and his wife Sandy for allowing me into their home when I was playing in Sarnia. Was planning to see them while playing in Columbus this October. Very sad day. RIP Shawsy https://t.co/SxaOWSDZul

Wolves are saddened to hear of the passing of former head scout Andrew Shaw. Andrew has left his mark across the hockey community, scouting for many years at both the OHL & NHL level.
Sending our condolences to his friends, family & all those he impacted through their careers.💙