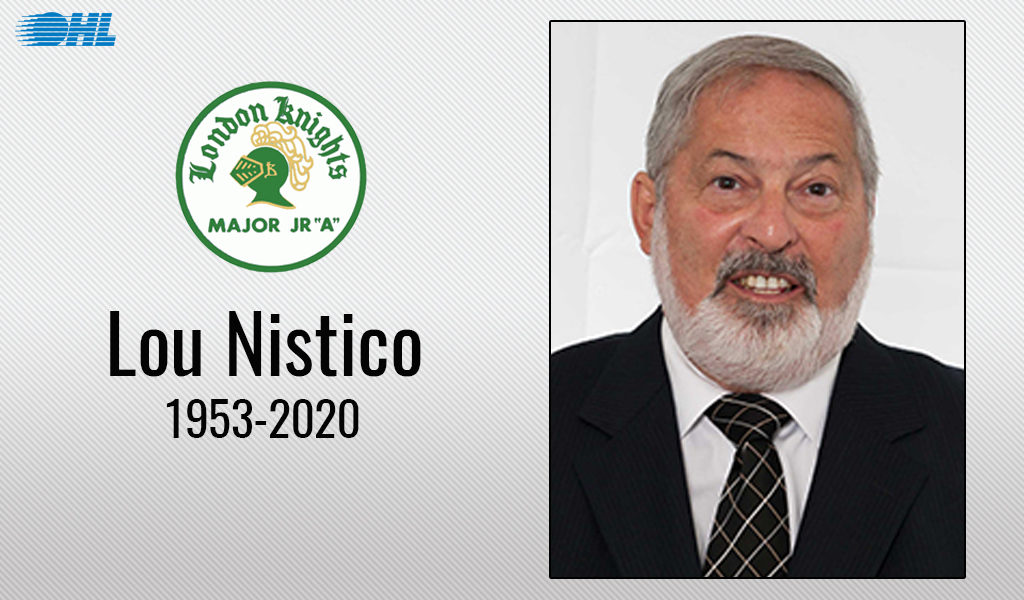 The Ontario Hockey League is mourning the loss of former London Knights forward Lou Nistico who has passed away at the age of 67.

An undersized ball of energy up front for the Knights from 1970-73, the Thunder Bay, Ont. native recorded 169 points (64-105–169) over 172 regular season games while racking up 420 penalty minutes on clubs that included the likes of big names such as Dennis Maruk, Dennis Ververgaert and Reg Thomas.

Known as ‘Leapin’ Lou’ for his energetic goal celebrations, Nistico was a seventh round pick of the Minnesota North Stars in the 1973 NHL Draft, and was also chosen in the fifth round by the WHA’s Toronto Toros that same year. He went on to play five pro seasons, suiting up in three NHL contests with the Colorado Rockies during the 1977-78 campaign.

Nistico had been serving as director of hockey operations and assistant general manager of the CCHL’s Hawkesbury Hawks Jr. A club. He’d been involved in the CCHL as a general manager with the Kanata Stallions and Gloucester Rangers dating back to 2004. Nistico had attended a handful of Knights alumni events in recent years.

“Lou was a great family man,” Knights alumni head and TV colour commentator Rick Doyle told Ryan Pyette of The London Free Press. “He was very devoted to his kids and grandkids. He was a really good guy and this is unfortunate that we lose him way too young.”

For more on the life and career of Lou Nistico, visit The London Free Press.

The London Knights are saddened by the loss of Knights alumni Lou Nistico.
Our condolences to his family 💚💛 pic.twitter.com/zzSKR7C6rC