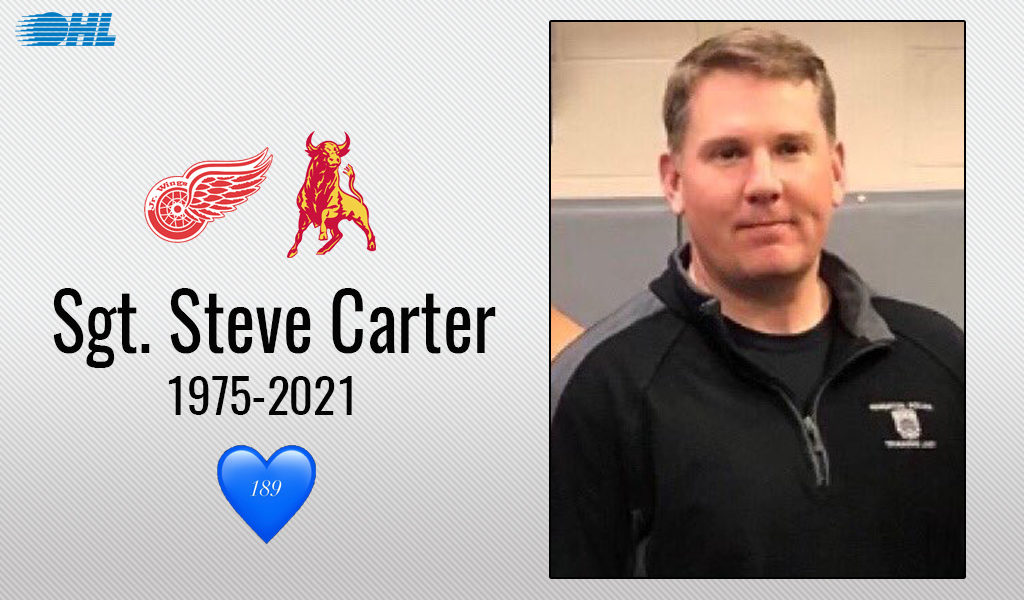 The Ontario Hockey League is saddened by the loss of both an alumnus as well as a valued community servant in Kingston Police Sergeant Steve Carter who passed away on Thursday at the age of 46.

A Kingston native, Carter entered the OHL as a fourth round pick of the Detroit Jr. Red Wings in 1992. He’d go on to spend three seasons with the Belleville Bulls where he registered 56 points (11-45–56) over 181 regular season games on the blue line. Carter helped the Bulls reach the OHL semi-final in 1995.

“We are all greatly saddened by the sudden passing of Sergeant Steve Carter,” said Kingston Chief of Police Antje McNeely in a statement. “Steve has been part of our Kingston Police family as a police officer since March 1999 and before that as a son of one of our retired members.

“Compassionate, smart, responsible, humble, and a true team player, he will be sorely missed, not only as a valued member of our organization, but also as a trustworthy friend.”

Following his OHL playing career, Carter played professionally with the CHL’s Fort Worth Fire in 1996-97 before joining the Fort Worth Brahmas of the WPHL from 1997-99. He joined Kingston Police upon retirement from the game he loved so much.

The Ontario Hockey League sends thoughts and condolences to Steve’s wife’s Amy, their children, extended family members as well as Steve’s colleagues at the Kingston Police Department at this most difficult time.

Our @KingstonPolice flags fly at half mast as we grieve the sudden passing of our member Sgt. Steve Carter. Our love to his wife Amy (a KP Detective) his children, family (father is a retiree) and everyone who is close with them. We are all experiencing profound sadness. 💙#189 pic.twitter.com/citWdl6nMR