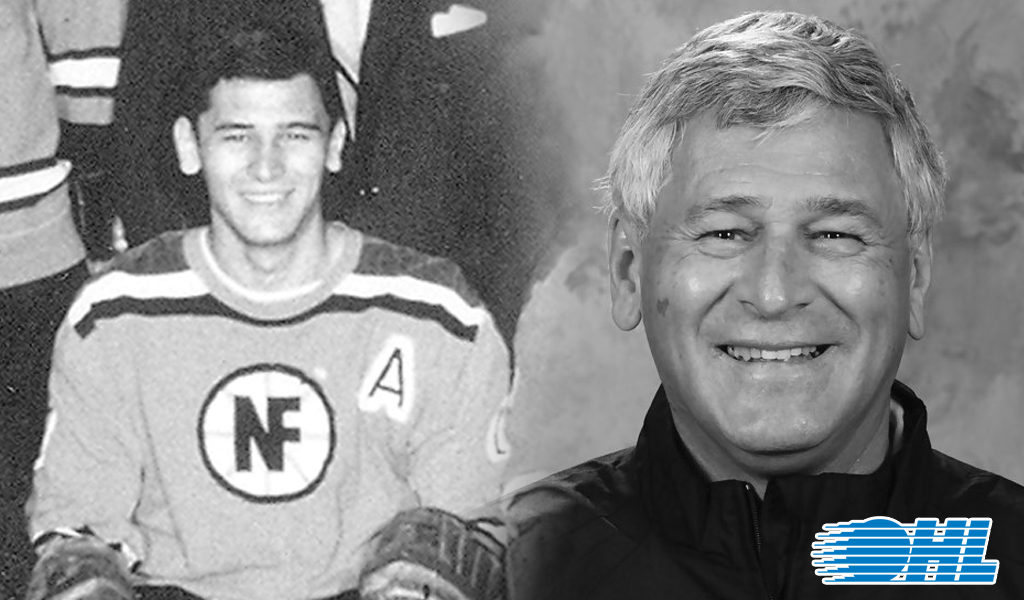 The Ontario Hockey League is deeply saddened by the loss of graduate, former coach and 1968 Memorial Cup champion Tom Webster who has passed away at the age of 71 following a battle with brain cancer.

In addition to his playing career, Webster coached over a span of nine OHL seasons between Windsor and Detroit while also making NHL head coaching stops in New York and Los Angeles. He also served as a long-time scout with the Calgary Flames.

A gentleman with a passion for the game originally from Kirkland Lake, Ont., Webster started his playing career with the Hap Emms-managed Niagara Falls Flyers over three seasons from 1965-68, capping his tenure with a Memorial Cup championship. The right-winger won the Eddie Powers Trophy as the League’s leading scorer in 1968, putting up 114 points (50-64–114) over 54 games. Webster scored the overtime winning goal in Game 4 of the Memorial Cup Final as the Flyers would go on to overcome the Estevan Bruins in five games. The ’68 Flyers included other future NHL and WHA names such as Rick Ley, Brad Selwood, Phil Roberto, Steve Atkinson and goaltender Phil Myre.

A fourth round pick by the Boston Bruins in the 1966 NHL Amateur Draft, Webster broke into the NHL in 1968 and would go on to play 102 career contests, also spending time with the California Golden Seals and Detroit Red Wings. He scored a career-high 30 goals for the Red Wings during the 1970-71 campaign.

Upon hanging up the skates in 1980, Webster moved behind the bench to steer the AHL’s Adirondack Red Wings to a Calder Cup title before eventually arriving in the OHL with the Windsor Compuware Spitfires at the outset of 1985-86. Webster served a brief head coaching stint with the New York Rangers during the 1986-87 season, one complicated by persistent inner-ear infections that prevented him from flying to the club’s road games. Those challenges eventually led to his return to Windsor where he’d hoist the J. Ross Robertson Cup a year later.

Webster would guide the Spits to the franchise’s first OHL Championship in 1988, overseeing a team that included Adam Graves, Peter DeBoer, Paul Maurice, brothers Darrin and Darryl Shannon along with goaltender Peter Ing. The Spitfires went on an incredible 21-game playoff winning streak, reaching the 1988 Memorial Cup Final in Chicoutimi, QC before falling to the back-to-back champion Medicine Hat Tigers 7-6 in heartbreaking fashion.

The aforementioned Winnipeg Jets head coach Paul Maurice, who earned his 700th career victory as an NHL head coach earlier this season, credited Webster for inspiring him early in his career.

“Tom Webster would be the guy,” he said.”He was my junior coach who I eventually hired as an assistant coach in the NHL.

“He would absolutely be the man who influenced me the most. Really, really intense guy but a big family guy, very emotional guy. Systems. That was kind of the first time I heard of the word systems, like, ‘Hey, we’ve got a plan here.’ He went on to coach the New York Rangers, to coach the L.A. Kings.”

A successful three-year coaching stint with the Los Angeles Kings began in 1989 following duty as head coach of Canada’s National Junior Team. Webster would return to the OHL as coach of the Detroit Jr. Red Wings for the 1992-93 season. He then made assistant coaching stops in Philadelphia, Hartford and Carolina before returning to coach the Spitfires from 1999-2003, working alongside general manager Mike Kelly.

Webster’s post-coaching career endeavours were largely spent as both an amateur and pro scout with the Calgary Flames from 2003-14. He was inducted into the World Hockey Association Hall of Fame in 2012.

He leaves behind daughter Stacy and son Brent as well as grandchildren. His wife Carole, whom he loved dearly, predeceased him this past year.

For more on the life and career of Tom Webster, visit nhl.com/flames.