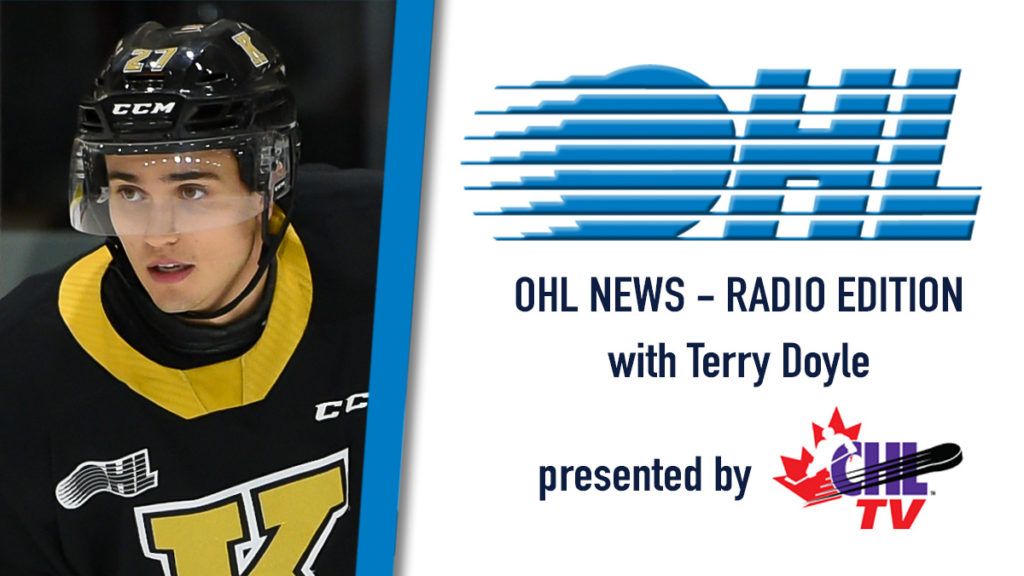 OHL News – Radio Edition with host Terry Doyle and presented by CHL TV brings fans insight from feature guests as well as news and notes from around the league each and every week over the airwaves.

With a unique backstory, Kingston Frontenacs forward Lucas Edmonds joins this week’s show to discuss his past several years playing in Sweden, how he’s enjoyed his time in Kingston thus far and what it’s been like to transition from one style of hockey to another here in North America. Edmonds, who sits second in OHL scoring with 38 points (13-25–38) entering the weekend, acknowledges his great opportunity with plenty of scouts in the building with top 2022 NHL Draft prospect Shane Wright in the Frontenacs’ lineup.