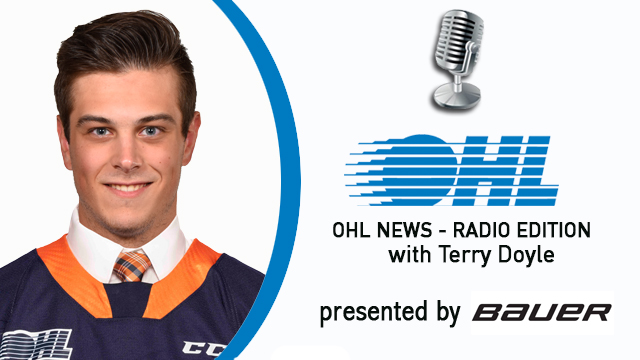 This week’s instalment features Flint Firebirds goaltender Anthony Popovich who backstopped the Guelph Storm to an OHL Championship last spring. Popovich and the Firebirds are on a current 10-game winning streak entering the weekend and the 20-year-old has played to an overall record of 22-13-1-0 this season with a 3.64 goals-against average and .898 save percentage.

Doyle and Popovich discuss Flint’s recent success, his transition into the Firebirds lineup to start the season and his optimism about the club moving forward. He revisits the championship run last spring and how he drew from experiences early in his OHL career to equip him mentally in the Storm crease throughout a dramatic playoff run. Popovich references how he has grown in maturity throughout his time in the OHL, and how that has made him into a better teammate to the guy sitting next to him. The discussion also touches on Popovich’s parents and their perfect track record for attendance despite living in Belleville, Ont. They haven’t missed a Firebirds game this season.