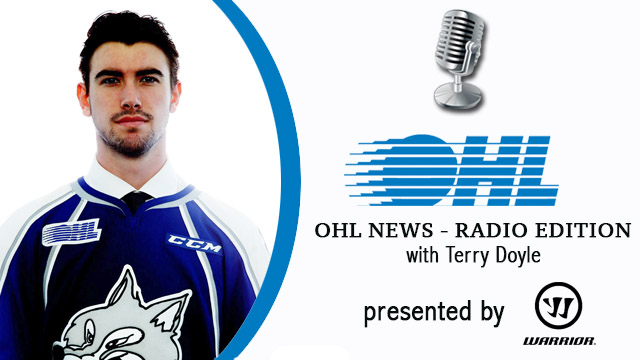 OHL News – Radio Edition with host Terry Doyle and presented by Warrior Hockey returns for the 2016-17 regular season bringing fans insight from feature guests as well as news and notes from around the league each and every week over the airwaves.

This week’s segment features Arizona Coyotes prospect and Sudbury captain Kyle Capobianco who has 30 points in 50 games so far this season for the Wolves who enter the weekend sixth place in the Eastern Conference standings.

The fourth year defenceman from Mississauga was a first round pick of the Wolves back in the 2013 OHL Priority Selection, and was later chosen by the Coyotes in the third round of the 2015 NHL Draft and signed his entry-level contract with the club in October.

Capobianco chats with Doyle about what the Wolves need to do to be successful heading into the final few weeks of regular season action.  He also reflects back on a four-year career in the Nickel City and how he hopes to transition to pro next season within the Coyotes organization.