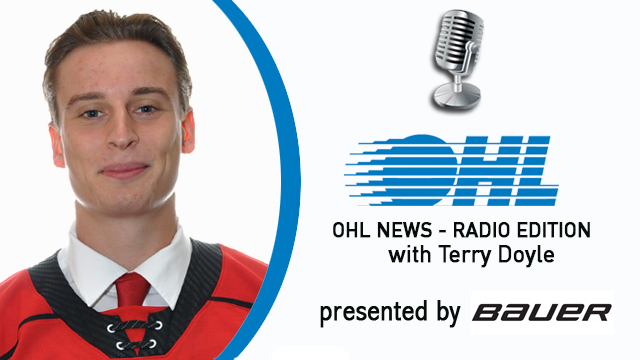 Owen Sound Attack defenceman Brady Lyle joins the show this week. The fifth-year defenceman ranks fifth in scoring among OHL rearguards with 57 points (18-39–57) over 54 games and also leads the League in shots on goal by blueliners. The former first round pick of the North Bay Battalion in the 2015 OHL Priority Selection attended training camp with the Arizona Coyotes last September.

Doyle chats with Lyle about his OHL career and how he’s not taking any games for granted with so few remaining. He elaborates on how the OHL has shaped his outlook and helped him as he’s matured into a young adult. Lyle discusses his experience at a recent OHL overage player development session as the League’s veteran players look ahead to the future and life beyond junior hockey. Lyle looks ahead to the stretch run with the Attack this season as they hover around the middle of the Western Conference. The Bears take on the Erie Otters this weekend in back-to-back games at the Bayshore, and Lyle weighs in on the experience of consecutive home games against the same team.