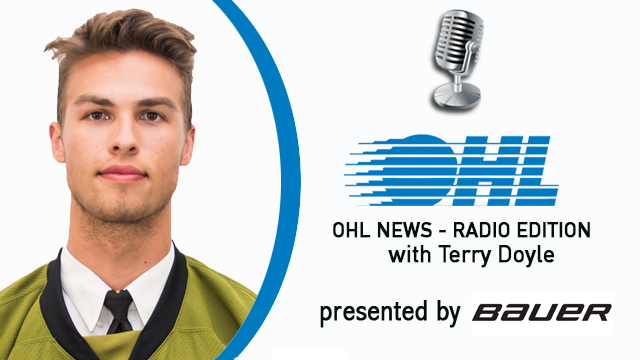 This week’s show features 2020 NHL Draft prospect Brandon Coe of the North Bay Battalion. The big 6-foot-4, 190Ib. winger is in his third season with the Battalion after being the third overall pick of the 2017 OHL Priority Selection. Coe, who recently competed in the Kubota CHL/NHL Top Prospects Game, has 46 points (17-29–46) through 47 games this season.

Doyle and Coe discuss his experience in Hamilton playing with the top NHL Draft prospects from across the Canadian Hockey League. Coe chats about a learning season in North Bay with a young group as the Battalion go through a rebuild with a coaching change along the way. The Ajax, Ont. native is a late 2001-born player and he walks through his experience having an extra year of development prior to being eligible for the NHL Draft.