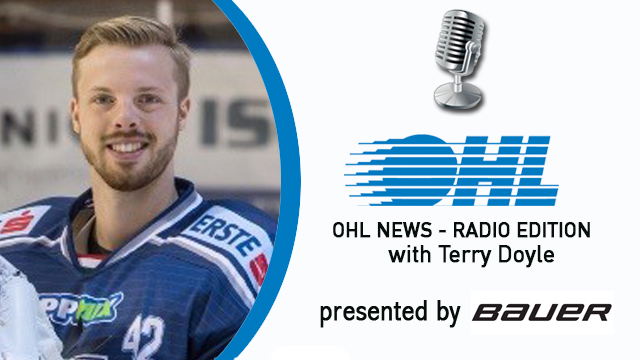 A 26-year-old from Waterdown, Ont., Visentin played four OHL seasons between-the-pipes for the Niagara IceDogs who chose him in the third round of the 2008 OHL Priority Selection.  He earned OHL Goaltender of the Year honours in 2011 then set the league’s single season shutout record with 10 in 2012 helping the team win the Bobby Orr Trophy as Eastern Conference champions.  Visentin was also a two-time member of Canada’s National Junior Team and was chosen in the first round of the 2010 NHL Draft by the Phoenix Coyotes.

Visentin chats with Doyle about life after hockey, dealing with injuries, and some of his fondest OHL memories.