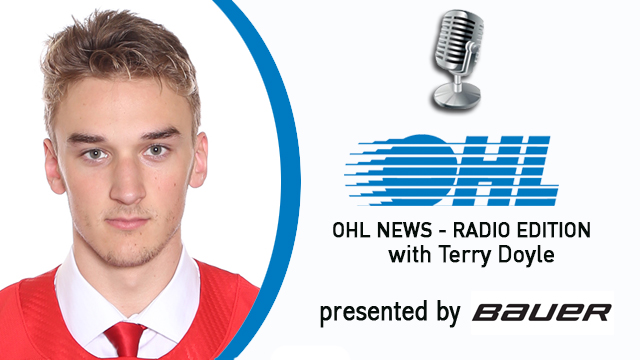 This week’s guest on the show is Soo Greyhounds defenceman Ryan O’Rourke, a defenceman eligible for the 2020 NHL Draft who will be wearing an ‘A’ for Team White at next week’s Kubota CHL/NHL Top Prospects Game in Hamilton.

Doyle and O’Rourke discuss how the Western Conference is shaping up headed into mid-January as well as how the Greyhounds have fared so far in the 2019-20 season. With the Hounds 8-2 in their past 10 games, O’Rourke touches on what’s been working well lately for the club and also delves into his own personal performance. O’Rourke concludes by looking ahead to the Kubota CHL/NHL Top Prospects Game and having the opportunity to play alongside the CHL’s top draft eligible talent.