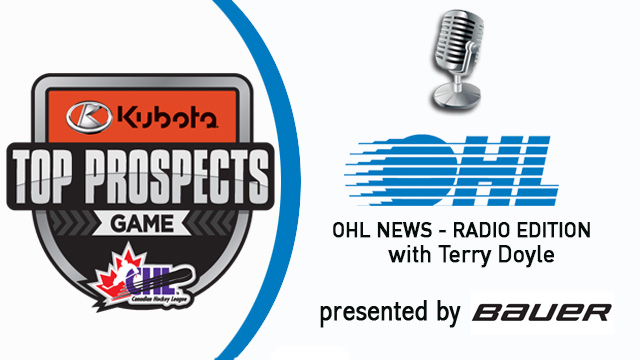 This week’s show wraps up the 2020 Kubota CHL/NHL Top Prospects Game in Hamilton, Ont. Doyle speaks with Team White forward Tyson Foerster of the Barrie Colts who earned Jim Gregory Player of the Game honours with two goals and an assist. Team Red forward Quinton Byfield is also featured, as is head coach Rob Wilson of the Peterborough Petes.

Foerster and Wilson provide their post-game comments following Team White’s 5-3 win in a game that was aired coast-to-coast on Sportsnet and NHL Network.

Byfield chatted with Doyle pre-game, sharing his busy schedule of late and the excitement he experienced at the 2020 World Juniors as part of Canada’s gold medal effort.