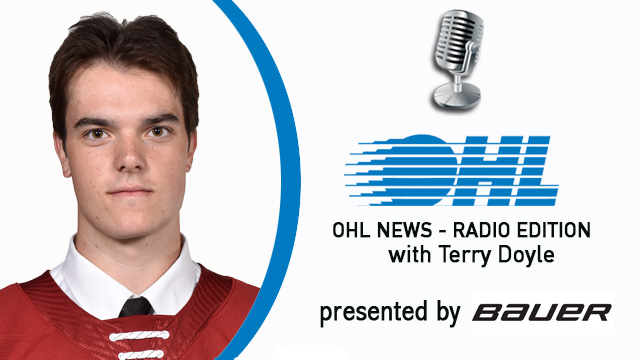 This week’s show features goaltender Nico Daws of the Guelph Storm who, after winning an OHL Championship last spring, turned in a summer of hard work that has paid dividends in 2019-20. The Burlington, Ont. has excelled in a starting role with the Storm, won gold with Canada’s National Junior Team earlier this month and was invited to the Kubota CHL/NHL Top Prospects Game in Hamilton. Daws currently leads the OHL with a 2.39 goals-against average and .929 save percentage.

Daws and Doyle discuss how his game has continued to trend in a positive direction and explore some of the changes he made in his offseason routine to put him in a position to succeed. We also hear more about Daws’ journey to World Junior duty with Hockey Canada before a quick look at the situation in Guelph with a Storm team that comes off a tremendous first half.